What are you doing? Why are you remaking so many films? Don’t you have any original ideas?

Don’t get me wrong — I love me some retelling and re-imagining of stories, especially the Superhero genre. But theaters (and the awards shows) are starting to seem (to me and to lots of others) a little saturated with non-original stories. What has happened? So many movies that have been released in the last few years are based on books or other forms of media, or are just straight-up remakes of a movie from the 80s that should just be left alone (example: Point Break shouldn’t be touched! It’s pure perfection!).

So, here’s an idea. Lets make something original and new! Doesn’t that sound fun and exciting? There are interesting characters around us all the time with captivating stories to be told. Why not call your grandma and ask her what her neighborhood was like when she was growing up and how things have changed? Ask your parents how they met. Look up and look around. We yearn for stories from each other, so lets make create some different ones!
Come on Hollywood, be a little daring and let us speak for once.

PS: If you still need inspiration, here’s my list of the most original screenplays to give you (and all of us!) something to chew over.

1) Her, 2013, written by Spike Jonze
A beautiful story in a not too distant future, connecting with technology on a whole new level.

2) Drinking Buddies, 2013, written by Joe Swanberg
Funny, realistic depiction how complicated relationships can be with friends and partners.

3) Harold and Maude, 1971 written by Colin Higgins
One of my favorites because you never know where you will find love.

4) Rocky, 1976 written by Sylvester Stallone
Classic story of the underdog. And if the Italian Stallion can write, so can you!

5) Rushmore, 1998, written by Wes Anderson and Owen Wilson
A strange love triangle between a precocious 15-year-old and a wealthy industrialist who fall in love with pretty teacher. Such a strange concept but works and captivates you with the young love we have and how complicated it can get.

6) Boyhood, 2014, written by Richard Linklater
Following the life of a boy and his family and how fast time goes.

7) Lost in Translation, 2003, written by Sofia Coppola
Building a bond where you never thought could be form when two lonely people find each other in a hotel in Japan.

8) Wet Hot American Summer, 2001, written by David Wain and Michael Showalter
A hilarious satire of camp movies from the 70s. It’s one of my favorite films with a killer cast! 9) Frances Ha, 2012, written by Noah Baumbach and Greta Gerwig
A tale of the time and growing up in the complicated times we live in that millennials can relate to.

10) Singin’ in the Rain, 1952, written by Adolph Green and Betty Comden
A beautiful commentary of the transitional period of film going from talkies to sound. Also has some great dance numbers!

11) You and Me and Everyone We Know, 2005 ,written by Miranda July
The subtle beauty of life and everyone around us.

12) Spirited Away, 2001 ,written by Hayao Miyazaki
A imaginative story of a girl accepting responsibilities of growing up and finding herself. This also has some of the best animation I’ve ever seen.

Ok, I lied. I actually have to add one more. This was the movie I have been looking for among the sea of remakes and superhero films. Self aware of the state that Hollywood is in, it celebrates not only originality and intelligent, quirky dialog but also the beauty of the stage. Also this film had a lot of long takes which meant the actors had to remember around 15 pages at a time and hit their marks, in a way bringing theatre-eqse style to the screen. 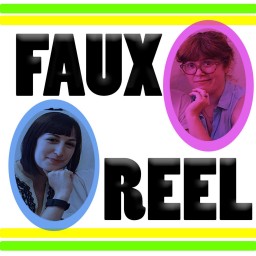 Maya Angelou said "there is no agony like bearing an untold story inside of you," but how do you go…

In the era of Kickstarter, Broad City, and Dear White People, independent filmmakers are increasingly able to find their foothold…