A lot of successful musicians, if you look at their history, have probably done some ethically suspect things to further their careers. Sometimes to get ahead in life you have to step on other people’s backs, right? Whether or not that is true, nobody likes a jerk. So if you’d like to avoid being known as a jerk in your local scene, avoid doing these five things:

Mass text them about your shows
This actually irritates everyone, but especially the musicians who know better than to do the same to you. And it really goes off the deep end when people are getting messages about shows that aren’t even in their city. If you truly want all forty of those numbers to know that you have a show then take the time to contact each one. If it’s not worth your time to send them, then it’s not worth their time to read them.

Leave when they start playing
All musicians have done this, either because you need to go outside to talk with a friend, you need a little time away from the noise or you truly cannot stand the music. And when the club is packed it’s really not that big a deal. But when attendance is low and there are big, empty pockets in the audience, maybe you should just suck it up and try to muddle through at least a few songs. And that goes double – no, triple — if they watched you.

Ask them to switch time slots with you
This one should not even be an issue, but it still comes up plenty. Listen, most people don’t want to play first and without a big headliner no one wants to play last. And there are assorted other reasons why you’d really prefer to go on at a different time. But asking another band or musician to switch is one of the lowest and most thoughtless moves at a show. All you’re saying to them is, “My music is more important than yours.” Don’t expect anyone to quickly forgive you after this one.

Bring your friends into the green room
If there is a communal fridge or cooler or anything that is strictly for the bands, no friend should be within 10 feet of it. In fact, they should not be in the green room at all, no matter how cool you think they are. Playing a show rarely pays well and it can be both stressful and boring. At the very least you should respect that the musicians around you deserve those beers more than your friends. If your buddy is seriously that cool then go buy them a drink out at the bar.

Only talk about music
Okay, this isn’t a scumbag move, but it’s important to build relationships with other musicians and a good relationship consists of more than one topic. When you can only communicate about guitar pedals or records or new ProTools plug-ins then people are going to start avoid getting stuck in a conversation with you. Nobody likes a jerk, but no one likes a boring person either. 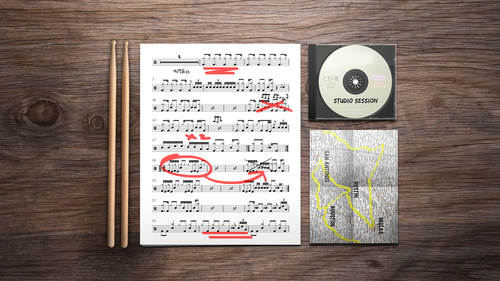 Entering my mid 30’s and having 15 years experience as a professional musician, I have the benefit of perspective: seeing…