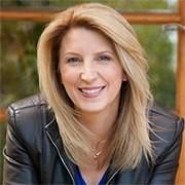 Janine Warner's best-selling books and videos about the Internet have won her an international following and earned her speaking and consulting engagements around the world. Her skills as a “techy translator” helped her land the deal for her first book in 1996. Since then, she’s written or coauthored more than 25 books about the Internet, including Web Sites For Dummies, Mobile Web Design For Dummies, and every edition of Dreamweaver For Dummies. She’s also created more than 50 hours of training videos about web design and Internet marketing for leading online learning companies creativeLIVE.com, Lynda.com, and KelbyTraining. She is the founder of DigitalFamily.com, a full-service interactive design and training agency that offers web and mobile design, content strategy, and internet marketing services. Janine has taught courses at the University of Miami and the University of Southern California. She's also been a guest lecturer at more than 20 other universities in the U.S. and Latin America, and she helped create an Internet Literacy program for high school students in Central America. She is a member of the TV Academy's Interactive Media Peer Group and has served as a judge in the Interactive Emmy Awards, the Knight News Challenge, and the Arroba de Oro Latin American Internet Awards. Learn more at htt://www.JCWarner.com.
art & design, money & life

Too many WordPress users choose a theme based on how it looks and not how it functions.  For instance, someone who wants to create a magazine may chose a theme that looks great, but is really meant for a photographer. Or a photographer might choose…