One Easy Way To Stay Creative Without Turning Off The TV

I tell myself — a lot — that I need to stop watching so much TV. But I find it harder and harder to quit.

Why is it so hard you might ask? Because it’s constantly around me, reminding me that I need to catch up on my recent show, or that Netflix just released another Original Series, so if you’ll excuse me, I hope you have a good weekend in the outside world while I lock myself in my house and binge watch the whole series in two days. With the constant barrage of content, it’s just so hard to avoid TV. Also, I’m weak. I can’t deny myself trying out a new show, giving it my five-episode trial. And while there is some enjoyment and sense of accomplishment when I finish a season or series, there are times where I don’t know where my time went and begin to question whether or not I used my time productively.

I also know — based on the billions of hours spent on Netflix each month — that I’m not alone. So, how do we keep up and also feel like we are making good use of our time? I think I know. I’m here to give you five simple steps on how to use your TV watching time to your creative advantage. How you may ask? Fan Fiction is the answer!
Lets begin!

First I will give you a quick definition of Fan Fiction: it’s “fiction about characters or settings from original work of fiction by fans of the work rather than its creator” -Wikipedia Definition

Now you are ready and lets begin with the five easy steps:

Step 1: Embrace your nerdness.
First, you have to admit yourself that you are a nerd. It’s really not that hard. Just go with it.

Second, you have to erase all of the negative notions of what a nerd is because in the past they have gotten a bad rap as being the unattractive, socially awkward person who wore suspenders or pocket protectors and had a collection of their own belly button lint. But fear not, nerds are making a comeback. In the recent years, we’ve slowly started to show acceptance to nerds and that it’s ok to let your nerd flag fly. With the recent revival of superhero films such as The Avengers and Christopher Nolan’s Batman movies the general public are finally understanding why we’ve been so excited. And lets be honest, we are all obsessed with something whether it’s your favorite TV show or sports team, most people get excited and “nerdy” about a certain subject and know it’s OK.

Step 2: Find a few shows to really dive into.
We’ve all got them. Whether it’s Friends or Game of Thrones, we have those shows that we can watch over and over again an, in turn, become semi-experts. Instead of just mindlessly watching them, why not try and put all that knowledge to good use? Take those shows you really enjoy and start to think how you could expand on the storyline that was built or create an entirely new one. What’s easy for me is to take two shows maybe with similar characters or complete opposites and try to build a story from there. For example, what would be the conversation that Walter White and Dexter would have over coffee? Would they talk about the reasons why they do the horrible things they do or would they just talk about their day? Who knows! The story is up to you. And now, your ‘re using your brain while watching TV.

Step 3: Don’t be afraid to be creative.
Recently, the main way I’ve been creative is by writing crossover TV Fan Fiction. Writing is something that I’ve struggled with and have constantly trying to overcome this fear and impostor syndrome every time I put pen to paper. But it’s time to crush that fear! I decided a few years back as I was writing my first musical to just do it. Most people get ideas and stop it at that, convincing themselves that it’s not worth anyones’ time. But it is! There’s so many of us out there that want something fresh, original, and downright weird. Even if it’s something like crossover Fan Fiction, there’s a community out there who supports and encourages each other. Don’t get stopped by the fear of what if it’s not good enough or what if people don’t like it. Don’t worry about them! Do what makes you happy because you’ll find your people. The most important thing is just try because if you don’t try and work at it you’ll never learn or improve. I know this is easier said than done but it’s worth putting yourself out there because who knows where it’ll take you. And even if you never show anyone? Odds are, when Netflix asks if you’re still watching (you are, duh), you might be inspired to shut the laptop lid for a minute and work on something else.

Step 4: Be spontaneous and weird.
Remember we are embracing our inner nerd. Think of the most outrageous storylines that a TV studio would never air. It’s time to unleash the big gun and time to have fun because you are the architect of the story now! How do you do that, you say? Well, for example say you didn’t like the ending of Lost? Why not write a completely different one. Perhaps they all get beamed on to the Starship Enterprise and get taken to bold new places and civilizations, though Kate always wants to go back. Or perhaps they just all turn into Teletubbies! Who knows? The possibilities are endless and up to you — the idea is just to take what exists and use it as a creative prompt to make your TV time more mentally productive. That is the point.

Step 5: Just have fun!
This is all about getting your juices flowing while watching TV and making this typically mindless activity into something more fun and interactive. Why not make this a group effort and get your friends involved. Have two shows you choose and both write about them and see what you both come up with and share with each other with an unofficial reading of your work. Or maybe have one of you write it and someone else illustrate it. There are endless possibilities to have fun — and to give yourself downtime that’s both creative and works in your undying love of TV. 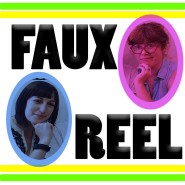 Oscar Watch: The Most Creative Costume Designers In History

9 Ways to Feed A Hungry Film Crew For Free