Not all Ted Talks are created equal (*ahem*).

Most of us have heard several of the best TED talks of all-time, and TED even put together a playlist specifically for the top 20. From mastering body language, to becoming a great leader, and finding purpose, there are some talks that have made very strong lasting impressions on our lives.

However, today I wanted to share with you 10 TED talks that you’ve probably never heard before – that are just as amazing as the rest. These talks range from finding joy doing what you love to building more open relationships with others, and much more.

Here are the 10 best TED talks you’ve probably never heard before (including one from an amazing CreativeLive instructor, Chris Burkard).

1. Elizabeth Gilbert: Success, failure, and the drive to keep creating.

Best known for her runaway bestseller success Eat, Pray, Love, Gilbert talks about how in the wake of her breakthrough success she was confronted with the fear that whatever she published afterwards would fall devastatingly short of the high expectations her readers now had for her work. Strangely enough, Gilbert noted that in the aftermath of success, she identified more with herself pre-Eat, Pray, Love—a struggling diner waitress with six years’ worth of rejection letters. Why? Because even when she was swamped by the despair of rejection and failure, she returned home to the one thing she loved more than she loved herself: writing. And so, when Eat, Pray, Love thrust her in the opposite direction of all her failures and put her under the withering glare of the spotlight, she was able to find balance and harmony by returning, once again, to the thing she loved the most. It’s a good reminder that whether we’re in the struggling waitress phase of our existence, bestseller author phase, or somewhere in between, the way to stay even-keeled is to return to what we love most.

Learn how to inspire others through speaking with Storytelling: Using Story to Influence and Connect with Stefan Mumaw.

2. Kelly McGonigal: How to make stress your friend.

In this illuminating Ted Talk, McGonigal takes the idea that stress—pinpointed as a cause of everything from cardiovascular disease to the common cold—is your worst enemy and flips it on its head. How does she do that? By explaining that stress is bad for us only if we slog through stressful moments on our own without the support of others. On the other hand, when we share—and sharing could mean talking out a problem or simply giving (or receiving) a hug—our stress with our friends, coworkers, or family members, stress hormones such as oxytocin help negate our anxiety faster while also improving our cardiovascular health. Best of all, if you’re on the other side of the situation and helping someone else deal with their stress, social contact and support leads to the same physiological rewards. In other words, giving someone a hug when they’re having a bad day could save not just their life, but yours too.

3. Guy Winch: Why we all need to practice emotional first aid.

Depression has long been stigmatized, the sort of affliction where people assume that you can just “get over it”—even though dealing with depression or loneliness is just as serious as a physical affliction such as cancer or a broken leg. In this Ted Talk, Winch explains that we neglect our mental health the way people living more than one hundred years ago neglected physical hygiene. Just like you should treat a flesh wound, you should also treat yourself when you’re feeling down, whether it’s from being rejected on a date by someone you like or falling short on the job. What happens when you treat yourself to emotional first aid? A more positive outlook—which you can attain either by yourself doing something you love, or perhaps talking to your best friend—will go miles towards improving your health, your state of mind, and your ability to get the most of life.

4. Brene Brown, The power of vulnerability

Vulnerability, which is something we all feel, was the initial focus for a six year study Brene Brown, a self-described “researcher-storyteller,” did to try and understand the dynamic behind people who are connected to others and those who are disconnected. It turns out that the one thing in common that people with deep, rewarding relationships with other people have “a strong sense of love and belonging believe that they’re worthy of love and belonging. That’s it. What they have in common with people who don’t have that same sensation of love and belonging is vulnerability. But instead of succumb to it, they embrace it: “They talked about the willingness to say, “I love you” first … the willingness to do something where there are no guarantees … the willingness to breathe through waiting for the doctor to call after your mammogram. They’re willing to invest in a relationship that may or may not work out.” In order to have deeper, more fulfilling relationships with the people that matter most in your life, don’t be afraid to be vulnerable.

Benjamin Zander is a successful orchestra conductor who also happens to be an evangelist of classical music. In this Ted Talk, he connects the dots for his audience, most of whom don’t really “get” what’s going on with a classical music piece (I include myself in this category). And once he demonstrates how powerful classical music is (you’ll know it’s working when you have tears in your eyes) he ties the beauty of this music, and specifically his role as a conductor, into the fabric of life. “I realized my job was to awaken the possibility in other people. And of course, I wanted to know whether I was doing that. How do you find out? You look at their eyes. If their eyes are shining, you know you’re doing it.” Which begs the question for all of us, which is: What kind of person can I be that will awaken the possibility in others? Who am I being, that will make others’ eyes shine?

6. Chris Hadfield, What I learned from going blind in space

While most of us will never go into space, Chris Hadfield, a Canadian astronaut, has. And thanks to a freak incident while he was out on a spacewalk, he went blind. But thanks to years of rigorous physical and mental training, rather than panic he was able to calmly assess the situation and proactively deal with what was surely a frightening incapacitation. Hadfield’s experience—including the suggestion that we confront our “caveman” reactions to irrational fear of spiders by walking through spiderwebs—is an excellent lesson in remaining centered and calm even when we are afraid.

7. Chris Burkard, The joy of surfing in ice cold water

How do you find joy in life? When he decided to become a professional surf photographer at the age of 19, Chris Burkard pursued the joy of surfing and photography in some of the world’s premier surf destinations, from Hawaii to Bali to Brazil. But as he tells it, “any career, even one as glamourous as surf photography, has the danger of becoming monotonous.” So when he noticed that the joy he once felt from doing what he loved was ebbing, he decided to change things up, and went to remote, freezing destinations in Russia, Norway, Iceland, the Faroe Islands, Alaska, and southern Chile in search of perfect waves that weren’t crowded with tourists, wifi connections, and fine dining. Burkard was delirious and on the verge of hypothermia while on a trip in Norway when he finally had the epiphany he had been searching for. As he shivered uncontrollably—with an uncontrollable smile on his face—he realized that “anything worth pursuing is going to require us to suffer just a little bit.” I wouldn’t say that nearly dying from cold in the Arctic is suffering “just a little bit,” but he’s right. Only when you have suffered, whether it is to create a beautiful work of art, build a business up from the ground, or take care of someone you love, will you truly experience joy.

8. Isabel Behncke, Evolution’s gift of play, from bonobos to humans

It turns out that our closest living relatives, bonobos, are a model in many ways for our conflict-driven society. Behncke studies bonobos, an endangered species in the Democratic Republic of the Congo, and she has some important observations to share with us. Oftentimes these primates engage is promiscuous, occasionally bisexual sex, simply because it is a fun thing to do, but also because it builds trust between individual members of the species and fosters a greater sense of community. Other times, bonobos play alone. “It’s that playful curiosity that drives us to explore, drives us to interact, and then the unexpected connections we form are the real hotbed for creativity,” Behncke says, and after watching bonobos casually play with each other or by themselves, hopefully you will remember to give yourself a break and have fun for a change. Take the vacation you’ve been putting off, go on a spontaneous date with your significant other—play.

What can a tower made of marshmallows and spaghetti teach you about teamwork? A lot, as it turns out. Tom Wujec has observed everyone from CEOs to kindergarten students and recent MBA graduates try to build the tallest marshmallow towers. What the tallest structures all have in common is that they’re built by kindergartners, and the reason kindergartners build the highest towers is because they don’t spend time vying for control. Instead, they dive right into the task of building – collaboratively. Wujec notes that the kindergartners have a lot in common with successful designers, who build prototype after prototype and simply fix things up along the way, rather than wasting too much time planning without actually building anything until the very end. The lesson here is that when we work together and apply our best thinking while also suspending our egos, we are capable of achieving great things.

While this Ted Talk by the late educator Rita Pierson is on the surface about teaching in the classroom, anyone can take away inspiration from her colorful, emotional descriptions of teaching kids who sometimes were miles behind where they needed to be, or kids who were ungrateful for her help. When talking about her mother, who was also a teacher, she noticed how many former students showed up at her funeral. “It brought tears to my eyes, not because she was gone, but because she left a legacy of relationships that could never disappear.” You don’t have to be a teacher to leave a legacy and leave your mark on others.

Want to learn how to deliver incredibly motivating presentations like this? Check out two of our most popular classes, Heroic Public Speaking and Master Your People Skills right here on CreativeLive. 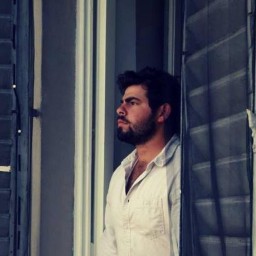 When you're tired of listening to the voices in your head that are doubting your entrepreneurial abilities, it's probably a…

Comedy Tips You Should Steal From the Best TED Talks