The Inaugural Producers Collective at CreativeLive

It’s always nerve wracking when you finish a piece of music. Is it good enough? What else could I do? You spend so much time listening and creating that it’s hard to step outside and listen with objective ears. Then when you do play it for someone else, you’re opening yourself up in a way that is difficult, you want to make sure it’s someone who can be supportive and give objective feedback at the same time.

This is something that I’ve struggled with when I make music. I also hear it time and time again from my friends in the industry. So, we set out to make a space to change that. Last Thursday we hosted the Inaugural Producers Collective with our friends from Dubseed. It was such a great time. We opened up one of our studios in Seattle, brought in couches, drinks, a mixer, and a pa. We also made sure the cameras were off – this time at least.

6 of the producers had 10 minutes to share their music. Half of that time to talk about and share their track and the other half to hear feedback from their fellow producers. We strived to create a welcoming environment where feedback was a welcome part of the conversation. And it was. The other 40 producers were there to listen and start a constructive discussion about what had just been played. The level of respect and collaboration was exactly what we were looking for. One of my favorite parts of the event is that we had producers of all types collaborating and talking about the craft. There were hip-hop producers talking about songwriting with progressive house producers and vice versa.

Finally, if you’re not familiar with Dubseed, you should be. They’ve built an incredible platform that makes it easy to share and collaborate over stems. 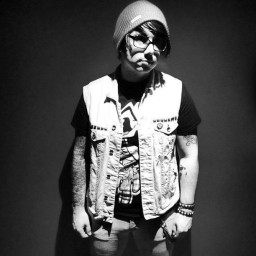