Amplifier Modeling has come a long way in the last five-ish years. As manufactures have honed their algorithms and musicians and producers have begun to adopt sims as part of their normal live and studio setups, the possibilities have expanded enormously. The latest addition to your arsenal of amp sims is the desktop version of BIAS, which is a plugin version of the popular iOS app. It runs as a VST/AU/AAX plugin inside your favorite DAW, and offers an unprecedented level of control and tweakability. If your idea of fun is swapping out the rectifier on your power amp, then BIAS Desktop is your dream come true!

Overview of BIAS by

First of all, can you give us some basic background on BIAS for anyone who isn’t familiar with the software?

BIAS is an amp designer, modeler originally for iOS (iPad, iPhone, iPod Touch) and now available as a plugin for Mac and PC. Guitarists and bassists can virtually design and customize every single aspect of a guitar amp by swapping out the tubes, preamp, transformer, tone stacks, cab and mic to create your own distinctive signature sound. You can also amp match a real amp and add it to your virtual BIAS collection. Once you’re done, you can share or download any custom amp in ToneCloud, BIAS’ amp-sharing platform.

I loved BIAS and Jamup for iOS, and have been hoping for a plugin version for a long time. What are the differences between the two versions?

Basically, you’ve got all the great tones of the original BIAS, but this time you can do things that you can’t currently do on iOS: amp matching, re-amping, and certainly a more professional daw workflow for the recording musician.

Amp sims have come a long way over the past 5-7 years, and from what I can tell the component-modeling type approach that you use with BIAS is the next frontier in terms of accuracy and quality. Can you talk a bit about how you model the amps, and how that compares to other sims?

We think we are the only company willing to over-design the product so the sound quality is so natural and dynamic, and yet the interface is so simple to work with. From technology standpoint, we study tube, circuit and speaker modeling at its very fundamental level, with our analysis and modeling tools, we actually go beyond the component level to understand exactly how each component behaves internally, and more importantly, how they interact with each other in a very dynamic way. And then we go extra to design a simple interface for our users (who are mostly not engineers but talented guitar players) to design their own amp from scratch, it makes it all possible to achieve dramatically better tone and experience.

You guys seem pretty excited about the new Amp Match feature. What prompted you to include that feature? How exactly does it work? Is it more or less a match EQ?

We knew we needed something very strong that made this BIAS the best plugin available so we included Amp Matching which basically allows musicians to instantly replicate any real amp tone in the world, right in their Mac or PC. The way it works its that it when you input signal from a miked amp or pre-recorded guitar track, the Amp Matching will invisibly insert additional EQ processing into the signal path to make your current BIAS amp precisely match the tone of the inputted guitar signal. In a nutshell, all you do is select any amp preset that sounds the most similar to the one to match, and then BIAS takes care of the rest to match the real amp, everything in about 30 seconds. A huge part of the DIY recording world is people swapping presets and tips in forums and groups. You’ve brought that “in-house” with the tone sharing function in BIAS– can you talk a bit about how that came to be?

When our iOS multi-effects app JamUp reached 1 million downloads last year, we thought about what we could do to connect all these guitar and bass players so they could interact directly into JamUp, so we build ToneCloud. It basically allows users to create, share and download all their custom tones right into JamUp and BIAS. Now there are over 10,000 users and artists presets that anyone can download for free, and the best thing is that they are all curated by users, so what you’ll see ranked first are the ones with the best tones. With BIAS Desktop, users will be able to share their usual custom amps and also their matched amps.

BIAS offers an insane variety of options to tweak, from swapping out different kinds of tubes to power amp topology to the rectifier tube type. For someone like me who is pretty ignorant about the guts of an amp, what’s a good way to learn how to take advantage of all these options?

BIAS is intended to be manual-free, I’d say the best way to go is just select a preset amp and start tweaking all around until you’ve got the perfect tone in your head.

What is the one thing about the desktop version of BIAS that you personally are most excited about and why?

I’d say the Amp Matching, because for the first time people will be able not only to match a real amp right into their daw, but to share it with the world with ToneCloud. 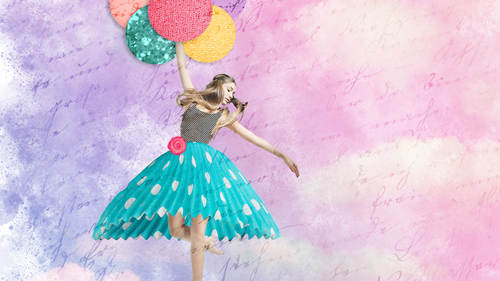 How To Keep The Sound Guy From Ruining Your Show

No matter how good you think your live show is, the sound guy/gal doesn’t care. Regardless of whether or not…

How to Pick The Very Best Microphone

The most common question I hear from bedroom producers revolves around which microphones are worth it and which ones are just hype.…

It’s a great time to be a synthesizer enthusiast.  First, there’s the wealth of high quality virtual synths inside any…