Decibel Festival which takes place each year in Seattle, brings a diverse community of DJs, producers, media professionals, educators as well as music hardware and software manufacturers from around the world. This year, the Decibel Conference hosted by CreativeLive featured some amazing workshops, covering a wide variety of topics from the world’s leading music talent.

In a very special session presented by Native Instruments, special guest artist Sian explains how he is using the innovative new “Stems” format on tour. In addition Native Instruments Product Specialist, Brian Kullus gives a tour of how this new format works, joined by Carmen Rizzo. Read on to learn more about what Sian has been up to lately.

CreativeLive: You have new album coming out soon. Can you tell us about that?

Sian: I have a new album called, “Anthracite,” which is out on my own label, Octopus Recordings. For those who don’t know, it’s a techno-label that I started in Berlin, originally, and then grew it a little bit whilst living in Barcelona. Now, I’m touring pretty heavily in the States. I’ve 32 dates from now until December. I’m basically playing somewhere between techno and whatever. [laughs] The album is some kind of listening experience tracks, and some peak time stuff, and it flows, like a cinematic vibe.

CreativeLive: What’s drawn you to techno?

Sian: I started going out to warehouse parties when I was about 13. The thing that attracted me to it was the stripped-down, minimal warehouse vibe. It seemed a lot more punk than some of other electronic music that I’d heard, and it drew me into, I guess, the ideas of stripping stuff down and focusing on certain elements like drum machines and synths. I was assisting other rock engineers and hip hop engineers when I first started. From that, I started to get pulled into the electronic world and started to use the studios on the downtime, at night, and sleep there.

CreativeLive: For this new record, what is your go-to-gear for producing music?

Sian: This one was unusual for me because I used quite a lot of analog gear to do this, but I don’t mean synths. I was coming out of things like a Moog and some semi-modular stuff, going into a Universal Audio interface.

Creative Live: What DAW are you using for sequencing?

Sian: I used to write entirely on Maschine, actually, with no DAW. I came from an MPC background so that was natural progression for me, but Ableton Live is doing pretty much everything I like at the moment because I’m also using the Push, which is, for me, a really fast way to compose and sequence beats.

CreativeLive: What’s drawn you to Ableton Live most?

Sian: I’m a pretty simple minded person, so Ableton feels like it’s just clear blocks of color that I can move around. I can even simplify it further by color-coding things. I like the the interface more than Logic or Pro Tools because it seems to be just blocks. I know you can hide it in other DAWs, but Ableton Live just feels like it’s already thinking that way. It’s just about, “OK, you’ve got what you need in front of you. You don’t have to expand anything if you don’t want to, but then you can go deeper if you need to.”

CreativeLive: Now let’s talk a little about your live sets. What are you working with for touring?

Sian: At the moment, I’m playing with Traktor using four channels. Usually, it’s one or two D2s and two X1s. The reason I kept the X1s in the setup is because I feel like they’re the most logical way to do things like add effect sounds or fast looping. Obviously, the D2s came into play when I started to use stems. We’re releasing stems on Octopus, my label.

When I started out playing vinyl or whatever, I’d always think, “Wow, I’d love to just grab that snare or that hat or whatever.” Finally, we can do that. You can just drop out the kick and the bass line.

CreativeLive: What are some of your other favorite things about the stems format?

Sian: That’s pretty much what I was waiting to do, because I was always mixing on four decks. I moved from vinyl to CD to sync, like everybody, typical story. I was feeling like a lot of the time I was pulling at the bass and stuff like that with EQ, when I was mixing. When I heard about stems, I thought, “Wow, this is pretty much what everyone’s been wanting to do for a while, is to strip a track down into four parts, and loosely create the stems yourself in that four or five chunks, which is usually just drums, percussion, synths and atmosphere.”

One of the interesting things is that Native Instruments issued the stem creator tool for people to make their own, so it wasn’t just like you had to buy this format the way someone made it. I’ve been messing around with a lot of my old tracks and taking…doing it slightly differently, like maybe there’s just one or two elements that I want use in the set from that track.

CreativeLive: Any advice for people who are new to diving into the stems format?

Sian: I would say it’s very easy for it to get very complicated because even if you just playing on two channels, you’ve got four channels within those two channels, so effectively you can make a big old mess if you start throwing everything in at once.

I would say, keep it simple and just remember that it doesn’t matter how technical you would get. If people aren’t dancing out there, you’re missing the point. You see some people that are just throwing all these effects and all these loops and all this really technical stuff on top of each other. At the end of the day, I don’t know if the crowd even get that reaction that they’re getting. It’s just nerdy.

Some of the best DJs I know are just the most ruthless and sloppy mixers, but they’re just throwing in amazing parts. That’s interesting way to do it, if you just focus on, “OK, am I going to rock this club, or not?” 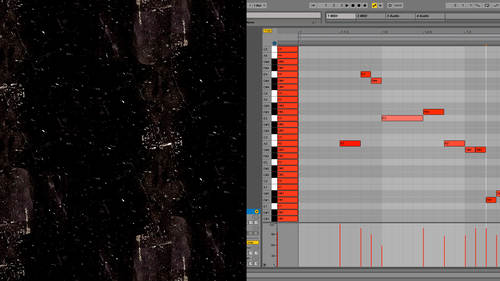 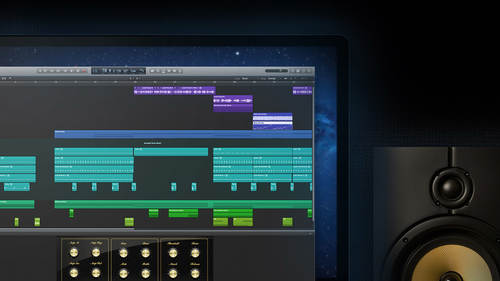