Joel Grimes: How to Win Over Art Directors with the Power of Eight Landing work as a photographer can be difficult. Even the most talented photographers will occasionally deal with rejection, since there are so many talented artists vying for work. With 26 years of experience in working for some of the top advertising agencies in the world, photographer Joel Grimes knows how competitive the business can be.

Whether you’re a new photographer or you’ve already logged years of experience, Joel has found that a concept called the Power of Eight can help you land regular work. He described the concept at last year’s CreativeLive Photo Week 2015 and it is a tool that can help any photographer dealing with rejections from art directors.

Perseverance in the Face of Rejection

Human beings are by nature weak, fragile, and insecure. As human beings, photographers deal with the same insecurities that plague everyone else. When any photographer tries to land a job with an art director, he’ll make a phone call, send a packet, or otherwise make contact and, more often than not, he’ll be rejected.

“As a human being, when you pitch someone, if you get a rejection, you usually stop continuing the pitch,” Joel says. “Ninety-five percent of people that sell never give more than two attempts to win over that person. You get the cold shoulder and quit.”

Introducing the Power of Eight

With only two tries, Joel says the average person’s odds of securing work from a person are less than ten percent. With the Power of Eight, a photographer is challenged to get his name in front of a person at least eight times, the odds go up to 80 percent that he’ll receive a return on that investment.

“If you give two attempts, not a good chance you’re going to get hired,” Joel says. “You give eight attempts, it spikes through the roof that all of a sudden they’re going to remember who you are.”

Like photographers, art directors are human, as well. They have top photographers they use on a regular basis. But one day, an art director will have a sudden need for a talented photographer, only to find his regular photographer is on vacation. His backup photographers may be unavailable, as well. As he searches his resources to find someone who can do the work, he’ll inevitably think about that photographer who has been in contact eight times for work.

“I have won over so many art directors by the Power of Eight, it’s crazy,” Joel says. “Because eventually they’re going to need a photographer. They’re going to be in a bind. I used to hire assistants. I had ten assistants and I’d get down to the tenth and they’re all booked and I need an eleventh. Who is it? That little person who keeps emailing.”

To learn more from Joel Grimes, be sure to check out his class Strobe Light Photography In The Field. 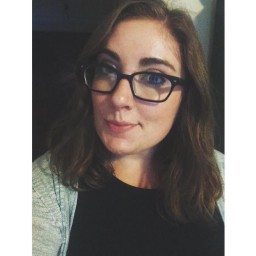 Lindsey Bluher is the Social Media Specialist at CreativeLive. Enjoy pictures of her dog by following her on twitter or Instagram @lindseyblue