How Do You Know If It’s Time to Retire a Product Line? This month, I’m retiring twelve pieces from my jewelry line. Which has prompted a lot of my fellow makers to ask, how do you decide when it’s time to retire a product line?

There’s no clear-cut formula for when it’s time to cut a product line (or even a specific product) and a lot of the times, for me, it feels like a gut decision.  But there are a few factors that can help make the decision easier.

The first two factors are pretty straightforward.  You should consider cutting something if it’s not profitable or not popular (by which, I mean, it’s not selling well).

In a perfect world, a design that isn’t profitable wouldn’t have made it into your product line in the first place.  But occasionally, you may find yourself with an unprofitable product on your hands.  Maybe the cost of materials or production has risen.  Or perhaps you started selling that piece before you understood how to price your products for profit, and now that you’ve run the numbers, you know it isn’t profitable.

If this is the case, cutting the product from your line doesn’t have to be the first step.  You can, and should, start with raising the price on the product.  But occasionally, you may find that raising the price isn’t viable. (Perhaps the market really can’t support a higher price.)  If that’s the case, then it’s time to cut that product from your line.  There’s just no point in putting energy into making and selling a product that’s losing you money.

When it comes to deciding when to cut a product that isn’t selling, I recommend giving yourself more time than feels comfortable.  I’ve found that some products don’t sell well when first launched, but pick up steam over time.  Try to avoid cutting anything that’s been in your line for less than a year.  But if you’ve had something around for a few years and it’s just not selling, it’s probably safe to cut it.

So that takes care of the simple factors for cutting a product or group of products from your line.  But what if something is both profitable and popular?  Can you retire it?  Should you?

When it comes to retiring pieces from your line that are both profitable and popular, the biggest contributing factor of whether to make a cut or not depends on you.  If a product is profitable, popular, you love making it, and it fits your brand’s aesthetic, by all means, keep it in your line!  There’s no reason to cut something that’s working.

But I’ve found that occasionally, you’ll fall out of love with something.  Maybe the idea of making another one makes you want to throw your tools against the wall.  Or maybe you realize that a product or line no longer reflects who you are as a designer or what you want to represent as a brand.  Or perhaps something has just been in your line a long time, and it’s starting to feel tired.

These were all factors that came up for me in the line I decided to retire.  I had reached the ten-year mark with this particular line, and it just felt tired and stale to me.  However, it’s important to note that I didn’t just wake up one morning and decide to retire this line.  I made the decision after many months of feeling this way.

That said, I still didn’t make the decision to cut the line until I had designed new products to replace it.  And that is the most important factor in deciding to cut a profitable, popular product from your line.  Can you design something new to take its place?

Designing something new to replace something you’d like to retire doesn’t have to be as literal as it sounds.  Rather, it should serve a similar role in your product line.  Of the products I wanted to retire, the most challenging one to get rid of was a simple necklace that was essentially one of the bread and butter pieces in my line and a perennial best seller.  It was also a gateway piece, a way for people to try out my brand and aesthetic without taking too big of a risk.

If you do make the decision to retire a line that’s popular, I recommend giving customers a head’s up before you do.  (This is especially true for wholesale customers.)  Just be forewarned that by announcing a line’s retirement, you’ll likely get a bump in orders for those products.  (Which isn’t ideal if the thought of making just one more makes you want to scream.)  That’s why I’d also recommend retiring a product at a time of year when you’re less busy.  You’ll appreciate the order bump much more when you aren’t slammed with other orders and commitments.

Choosing how and when to retire a line can be stressful, especially if it’s something that’s popular and profitable.  But it’s also essential to listen to your gut when it’s telling you it might be time to move on.   Because retiring products from time to time, especially when combined with releasing new designs, is what will keep your line feeling fresh and relevant for years to come! 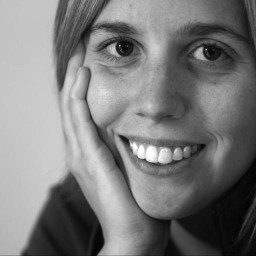 Megan Auman designs for women who want to be effortlessly bold. Trained as a metalsmith, but constantly inspired by textiles and fashion, Megan believes that the right accessories can change not only our look, but our mood and attitude.

6 Blogging Rules Every Entrepreneur Should Know By Heart

At this point, most everyone knows that a blog is essential for your small business. Not only is it great…

How to Start Your Own Etsy Shop: A Checklist

You've been crafting in your garage for years, and everyone you know says you should sell your products in an…

Got Photos for Days? Project Life Can Help

Look familiar? Digital photography made it easy for us to take endless pictures, but all of those snapshots can take…

Are You Ready to Graduate From Etsy?

It's easy to buy into the idea that if you set up an Etsy shop, hoards of paying customers will…