How to Ask for What You’re Worth: Negotiation Tips for Women

There’s a lot of focus around negotiation skills, stemming from ongoing gender inequality in the workforce. With halting progress toward full economic and social equality, the ability to negotiate is an essential skill for all professions in all industries. But, despite the many listicles offering negotiation tips and diagramming power poses, negotiating will never be an easy or comfortable act.

And yet, negotiation is especially necessary for women in today’s workforce. Studies have shown that women are almost 40% less likely to negotiate a job offer than their male counterparts. These same studies concluded that this pattern is less about lack of confidence or skill, and more about the reaction women receive when attempting to negotiate on behalf of ourselves — or, in other words, the “social cost” of negotiating is holding us back from even initiating the conversation.

Every woman (and man) encounters times in her life when negotiation skills are needed. For freelancers, it can be when ensuring fair contract terms and rates, and for others, negotiation plays key part of securing salary, promotion, or other aspects of career advancement. This goes for every rung on the ladder; even the most powerful women executives encounter negotiation gaffes and setbacks. Missing an opportunity to negotiate can significantly reduce your opportunities and professional presence. But women encounter an unfortunate catch-22; research shows women are wise to think twice before asking for a promotion or raise, as our negotiation attempts are judged more harshly than our male counterparts, even when asking for the same thing.

So, what are some ways we can build our negotiation confidence while also negating the social cost of bargaining? In my career as a woman executive (first as Head of Business Operations at Scribd, and now as VP of People Operations at CreativeLive), I’ve found honing these three skills to be invaluable in my own negotiations: It is well documented that women are unlikely to simply ask, in stark contrast to their more demanding male counterparts, for most negotiable matters: salaries, titles, raises, promotions, projects, and so on, as a result of being perceived and received differently.  The statistics are troubling — and show men ask about four times more than women. The adage “If you don’t ask, you don’t get” rings true, in my experience both in my own professional trajectory and in guiding employees through their own.  But, initiating negotiations is only part of it; there is an art to asking and knowing when and what to ask.
Distinguished Stanford Professor Margaret Neale suggests approaching negotiation not as a debate (win-lose), but rather posing your ask for a problem-solving platform (win-win). Hannah Riley Bowles of Harvard’s Kennedy School advises that women use a “relational account” that is an “I and We” strategy to approach negotiations. Yet, the key point here is that if you don’t ever ask, you’ll never get started in the first place. Honing your ability to identify times you should ask and speaking up for aspects you wish to discuss for a solid agreement is endlessly important and should be your focus when seeking results, and the frame for initiating the conversation.

There is a perception that being a good negotiator includes having a thick skin and outsmarting your counterpart. Yet, taking an aggressive tack often times doesn’t work — especially for women, but also not for men. Moreover, this style simply isn’t authentic. By finding a voice that allows you to speak for yourself like yourself with genuine intent and conviction allows your reasons to be seen differently and sometimes, understood more wholly.

You can still make your point and find a strong position without being staunch or rough. Most women simply aren’t comfortable with a competitive negotiation style, in addition to the social impacts of appearing “negative” or “overbearing” when negotiating. Discovering a self-awareness that allows you to speak from a place of authenticity is a profoundly powerful lifelong skill. Pretend You Are Negotiating for Someone Else

Even women who are exceptional negotiators on behalf of their organizations have a difficult time when it comes to negotiating for themselves, mostly because of differing expectations. Women outperform men in representational negotiations  — so, it’s time to harness that skill at negotiating for someone or something else and using this to understand and achieve your own pursuits.

In Adam M. Grant’s book, Give and Take, he discusses different negotiating styles.  One of his findings demonstrates that ‘givers’ – people who forego the law of reciprocity in favor of giving unconditionally — tend to negotiate with more fervor when they negotiate on behalf of someone else.  Interestingly, women fall into the ‘givers’ style when we negotiate well. When we act as an advocate, we tend to stand our ground and worry less about how the other side perceives us. Applying this perspective and taking a “communal approach” to negotiation – understanding that our asks and eventually the opportunities we obtain can affect more than ourselves – positions us in discussions to achieve greater outcomes for others and ourselves in our negotiations. 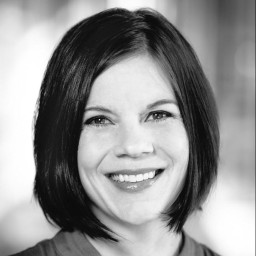 Tread Lightly: How to Ask for Free Advice (Without Being a Jerk)

"Want to get together for coffee? I'd love to pick your brain." Oh, how many times I've heard this phrase.…