3 Reasons Photographers Should Be Excited for the New iPhone CreativeLive CEO Chase Jarvis is always telling us that “the best camera is the one that’s with you,” — and for many people, the camera that’s with them is their iPhone. Which means that a lot of photographers — both professional and otherwise — were actively tuned into to Apple’s live keynote event announcing the newest generation of iPhones. Because the device has historically also functioned as an extremely popular camera, the imaging capabilities are always a big hit during the company’s keynotes.

So, what can you photogs expect from Apple’s newest generation of phones? Here are the bullet points for you:

These features and more will certainly delight the throngs of iPhoneographers who have been itching for the new devices since rumors about them began flying throughout the tech world. Your photos will also now look extra stunning on the devices’ new Retina HD displays, boasting over 1 million pixels on the iPhone 6 and over 2 million on the iPhone 6 Plus.

Want to get started in the world of photography? Khara Plicanic’s course, The Beginner Photographer’s Crash Course will cover everything you need to get started taking great pictures, no matter what you’re shooting with. It goes live Monday, July 11th, 2016. Sign up for free and learn some amazing things! 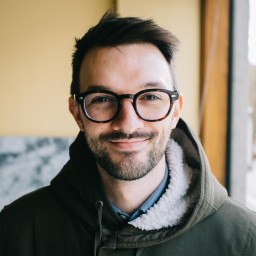 Keith Caswell is a writer, musician, and amateur photographer who lives in Seattle, Washington. Follow him on Twitter at @kthcswll.

The iPhone, despite being a phone at heart, is, of course, so much more. Chiefly, it's one of the most…

Does Size Matter? Why Your Camera May Change the Way You Shoot

There seems to be a common trend amongst creatives: The need to have the newest, biggest, and best gear items…