Corey Rich’s Tips for Splurging and Saving on Photography Gear

It’s often assumed that professional photographers are successful because they have all of the latest and greatest equipment at their disposal. But Corey Rich, a world-renowned adventure photographer, has built his career not out of amassing hordes of expensive lenses and camera bodies, but from knowing how to maximize the possibilities of just one camera body and two lenses. Afterall, when you are climbing the world’s tallest mountains, floating its roughest rivers, and trekking through the great outdoors carrying everything you need to survive, the term “camera essentials” takes on new meaning.

Following Corey’s advice about where to spend money — and where to save money — when purchasing your camera kit will help you get the most for your money.

Camera Body
While it is important to have a camera body  capable of performing the functions you need for the type of work that you do, for the most part, there’s no need to spend all of your money keeping up with each new camera model as it’s released. Find a camera body that you’re happy with, and learn to use all of its functions before you worry about upgrading to something better. You’ll know when you’re ready for something more advanced. In fact, Corey prefers to use a Nikon D600, which is a middle-of-the-road prosumer DSLR.

Lenses
More important than the camera body is your lens choice. If you have a limited budget, most photographers agree that you should spend your hard earned-cash on high-quality lenses before you splurge on a new body. Good lenses on middle-of-the-road cameras will often result in better pictures than low-quality lenses on expensive camera bodies. Corey prefers to increase his versatility by using lenses with variable focal length, but he also uses a prime lens for much of his work. His most-used lenses are a 16-35mm f/4, a 50mm f/1.4, and a 70-200mm f/4, if needed. The key is to spend money on quality lenses that don’t overlap in focal length.

Memory Cards
Memory is crucial. The money and time that goes into the work you store on each memory card is priceless, and you don’t want to risk losing your images. Always get the best possible memory cards. It’s relatively inexpensive, especially when compared to the costs of cameras and lenses. Corey prefers top-of-the-line SanDisk Extreme Pro cards. They’re waterproof and shock-proof. Often times, when a camera is completely damaged in an accident, a good memory card is left unscathed. Go for the best memory you can find, even if it means spending a little more than you’d like.

It’s difficult to resist the lure of camera gear. There’s always something new and better to buy. But rather than be discouraged by your budget’s limitations, know where to spend and where to save. Prioritize buying the best memory, leverage your lens focal lengths, and find a decent camera body within your budget. As Corey’s work shows, you don’t need to spend a fortune on every piece of gear to create competitive, professional images. 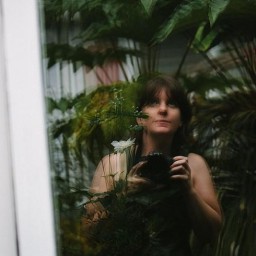 ​Nicoal is a freelance writer and photographer with a penchant for learning as much as possible. Her imagery ranges from nature-inspired portraiture to outdoor product photography. Connect with her at nicoalprice.com.

John Greengo is an award-winning photographer specializing in outdoor and travel photography. Shooting for over 3 decades, John has developed…

Life is precious and fleeting. Memories that matter and bring us joy, need to be brought to life. So what…