How to Produce 4K Video on a Limited Budget As 4K playback becomes more common on TVs, computers and tablets, consumer cameras with the ability to record in that resolution will soon follow suit. According to Business Insider, it’s widely predicted that by 2025, over half of all U.S. households will have 4K-capable TVs—that’s much faster than the growth rate of Full HD (1080HD) technology.

Want to add 4k video to your list of services? Get started with these tips.

What does this mean for the amateur videographer?

Well, if you didn’t know, video streaming juggernaut YouTube has allowed 4K uploads for almost two years now, despite the fact that almost no one had a monitor, much less the bandwidth to handle it. Until now. It’s 2016. Hard drive space is cheap, and 4K UHD TVs are widely available for under $500.

Canadian sports are now being broadcast in 4K to anyone with a gigabit internet connection. Did I mention camera prices are falling as fast as “groundbreaking” specs on the next generation are released?

Don’t get me wrong, a professional 4K video setup could easily cost in excess of $10,000, but amateur videographers are now able to shoot with the same resolution for well under $1,000. You won’t be shooting RAW video or in a high bitrate at this price point, but you’ll at least be modestly staying ahead of the technology curve for budget video production.

“Amateur videographers can now shoot 4k video for well under $1,000.”

First, it’s important to understand the difference between a sub-$1000 4K camera and Hollywood caliber equipment.

One of the defining features is bitrate, which refers to the amount of data stored within a video file. Budget cameras have much more compression and therefore a much smaller bitrate and file size, and comparatively less quality, but if you’re on a tight budget, you have to make do with what you can afford.

There are real advantages to shooting in 4K beyond staying competitive in the industry and keeping up with the latest trends. Many of us film in 4K to take advantage of the additional resolution that allows you more creative freedom to make crops, apply motion to your clips, and enjoy some added headroom when color correcting or applying effects to render to 1080HD.

Here are a few considerations for videographers trying to get into 4K shooting and editing with a limited budget.

Don’t Worry About Playback at First. If you are trying to gradually move into 4K production, you may as well start with your cameras.

4K monitors and editing systems can cost well more than your camera. At least you can begin to capture and archive your footage in 4K, even if you have use 1080HD editing and playback. “Future proofing” your production equipment is virtually impossible, so for most of us making incremental investments is the way to go.

Many consumer-level cameras like the Panasonic GH4, GoPro Hero 3, a handful of point and shoots—heck, even the new iPhone6s—are able to record 4K video at prices well under $1000.

Unless you are in a rush, buying used gear is the way to go.

Today’s cameras lose 20 percent of their value as soon as you open the box. For example, a great 4K camera, the Panasonic GH4 is selling for nearly half of its original price in online auctions. If you have the patience to hold out for an epic deal, you can free up additional funds for accessories like lenses, hard drives or high speed memory cards. Plus you get that sweet feeling of sniping a last minute bid.

Go For the Minimum Computer Requirements.

As we mentioned earlier, recording formats can make a huge difference in the requirements for an editing system.

Like cameras, the prices on hard drive storage and solid state computer systems are falling rapidly. Lucky for you, with budget 4K camera formats, the system requirements aren’t that much more than 1080HD files because the bitrates are similar.

That said, a few minimum requirements like an i7 processor, solid state hard drive and a speedy external storage solution will make editing and storing all of your 4K footage that much easier. Depending on the length and complexity of your edits, going above the minimum system requirements will help exponentially.

Don’t Be Afraid of Older Gear.

The tech industry tends to create a sense of urgency to keep up with the latest camera gear and playback systems. What they don’t tell you is that the latest gear won’t make you a better videographer.

“The latest gear won’t make you a better videographer.”

According to CNBC, the industry is truly in a market freefall, and high-end camera gear has never been more accessible to the masses. Shooting on budget gear requires more attention to detail and will ultimately make you a better videographer. In today’s media production market, creativity and attention to detail is truly the only way to set yourself apart.

The reality is that a budget 4K setup won’t cut it for a feature film, but it will give you the ability to produce extremely high quality footage on a smaller budget. Determining which camera and accessories to buy is a big decision, but ultimately not the most defining feature of your ability to create high-quality and interesting productions.

In your search for the magical combination of video gear and hardware, make well-planned investments, keep an eye out for good deals, and remember that the best videographer is not the one with the newest gear, but the one that has the most fun.

When Andy Lassiter isn’t behind a camera, he’s having fun writing about photography and videography for eBay.com. It’s where he goes for all of his used gear.

Ready to learn how to edit your videos like a pro? We got you covered with Final Cut Pro X Bootcamp with Abba Shapiro. This bootcamp will take you through this complex software start to finish, and leave you with the skills to create the videos of your dreams. 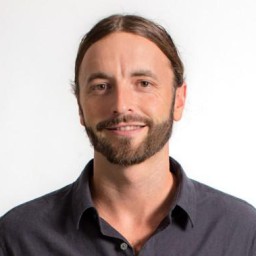 Want to Be a Second Shooter? Here are 7 Things You Should Know

Being a second shooter for a professional wedding photographer is a wonderful way to learn the business, gain experience, but…