According to data from Eisenberg Holdings, the average company spends $92 to bring customers to their website, but only $1 to convert them. It’s no surprise that 50% of small businesses (including freelancers) don’t survive their first five years.

While there are many factors that influence business success, your ability to close deals is high up on the list. It doesn’t matter whether you run a brick and mortar store, an online shop, or a freelance business. It will make a significant difference on your bottom line if you can get two, three, or four times as many people to do business with you, without having to spend more time or money creating awareness for your business.

“The average company spends $92 bringing a customer to their site, and just $1 to convert them.”

Imagine how much of a difference it will make if you can close two, three, or ten times as many deals without having to increase your marketing resources.

Tapping into solid research, here are six tips to getting more freelance clients for your business, with deep roots in the psychology behind these behaviors.

Most major brands succeed because they’ve realized a very valuable marketing principle, that consumers make purchase decisions based on feelings and emotions.

Why do people wear Nike shoes? Why do people buy Apple products? Of course, we can easily point to facts like “they have X features,” but when you consider the fact that an Apple device isn’t necessarily that superior to competing devices, that a new version is released almost every year, that it costs significantly more, we realize that people buy more than just features. They buy emotions; they buy “being cool,” “being hip,” etc.

To more easily close a new client, take the time to understand why the solution you’re offering matters to your prospects. Identify the emotions that matter the most when your product or service is concerned and make sure that you’re communicating to these emotions.

Psychologists have dwelled for so long on the subject of choice when it comes to decision-making, and we now have ample data to show that giving people more options isn’t always a better thing.

Of course, this principle should be applied wisely, and entire business models – think Amazon – rely on giving people a lot of options, but at critical stages of your business, where you have to close important deals, you should realize that more isn’t necessarily better.

3. Introduce a Sense of Urgency

Psychology has shown that we often defer doing things we should do if there’s no sense of urgency attached to them. People procrastinate on decisions that can change their lives, let alone making the call to do business with you.

A great case study to this effect was a study by WhichTestWon, in which a countdown timer was added below the order button on an eCommerce website. The result was a 9% increase in conversions. Another test revealed that adding a countdown timer tripled form completion on another site.

“If there’s no urgency to do business with you, there’s less incentive for clients to decide.”

We all have a deep Fear Of Missing Out (FOMO), and research shows that people have a tendency to act to avoid losing something, than they are to act to gain something. Essentially, leveraging the power of losses is twice as powerful as leveraging the power of gains. When your prospects realize that they’ll miss out on a deal if they don’t act immediately, they put everything aside immediately, and take action.

4. Speed Matters. We Now Live in a World of Increasingly Decreasing Attention Spans Speed matters today more than ever, and available research shows that we’re in an economy of “here and now.” People – especially the younger generation – want instant gratification, and you’ll easily close more deals if you can show people that you deliver fast.

Research shows that a one second delay in website loading time can cost a business up to 7% in conversions, and that 51% of Americans abandon an online purchase because of slow websites.

Many consultants testify to the power of a live conversation, or a negotiation done over the phone – the instantaneousness of these conversations makes it much easier to close a deal, compared to over email. For bigger deals, this makes even more sense. You need to give your prospects enough information to make a decision, and you need to give them that information as soon as possible.

5. Make Social Proof a Core Part of Your Deal-Closing Strategy

The concept of social proof was popularized by Dr. Robert Cialdini in his book, Influence: The Psychology of Persuasion. Social proof is a “psychological phenomenon where people assume the actions of others in an attempt to reflect correct behavior for a given situation.”

Celebrity social proof: This is having celebrity endorsement or approval for what you’re offering. A great, recent case study to this effect can be seen in Weight Watchers, when Oprah Winfrey bought 10% stake in the company in 2015. The result was a 105% increase in Weight Watchers stock value that day. This isn’t an isolated incident.

“Social proof can have a huge impact on closing more deals in your business.” @hostfacts

Now, of course, you probably can’t afford to have Michael Jordan endorse you, but it is much easier to get the equivalent of a celebrity in your niche to endorse you. Who’s a major influencer in your niche that a lot of people know and that you can get to endorse you? Come up with a genuine, creative way to get his or her endorsement for your brand and see the wonders that can happen.

Wisdom of the Crowd: The idea behind this kind of social proof is to make prospects feel that “if X number of people trust this brand, I can’t go wrong with it.” If a lot of people already use your products or services, this can be very valuable social proof to make use of; showcase the fact that so many people trust you to potential prospects, and you’ve eased some of their doubts about the effectiveness of what you offer.

6. Have a Robust Followup Process

“80% of sales happen after the 5th follow up.” @hostfacts

This is also corroborated by an age-long marketing principle that advocates reaching out to people at least 7 times before expecting them to take note of your marketing message.

Essentially, you need to reach out to your prospects at least 5 times, possibly more, before you can close the majority of your deals.

The effectiveness of repetition is deeply rooted in psychology, and it has been observed that the more we are exposed to something, the more positive we tend to view it due to its familiarity. This is known as the “mere exposure effect” or “familiarity principle,” and tapping into this principle can go a long way to help you close more deals.

When you reach out to new prospects, don’t give up unless you hear a definite no. There’s so much going on in the world of your prospect, that they may have failed to notice your message. Or they could’ve failed to give it the importance that it deserves.

Understand that you won’t close the majority of your deals during your first contact. Make sure you have a robust follow up process in place, gradually communicating the need for your services to potential clients and getting them to take note.

If you’re ready to start a freelance business, or get serious about growing your existing client base, download our free eBook, The Freelancer’s Roadmap. 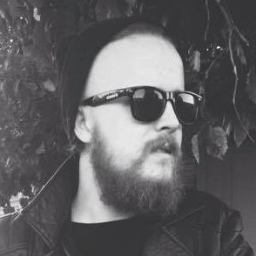 John Stevens is a small business consultant who has helped thousands of people kickstart their businesses. He is founder and CEO of Hosting Facts.

Recently Self-Employed? Do These 5 Things In The First Week

Whether you recently quit your job, or you’re one of the 2.8 million Americans planning on quitting your job in…

Is the Digital Nomad Lifestyle Right for You?

It's not just a fleeting trend--the digital nomad way of life is definitely on the rise. Fed up with being…

Top 10 Attributes the Best Freelance Clients Want You to Have

Competing for jobs as a freelancer sucks. Whether you’re a writer, graphic designer, or an accountant, it can be a…

Shake Up Your Freelance Business and Stay Competitive

As a freelancer, you’re reliant upon your own creativity to keep business coming in. It’s tempting to rely on tried…