This past September, Peter and some friends from Newspin Photo came by the CreativeLive Seattle office. Peter put together a gorgeous mural that brings some much needed color to Seattle’s South Lake Union neighborhood (SLU). It’s always inspiring to watch artists who have leveraged their talent into an inspiring career, but even moreso when they’re working at your front door.

Walk us through the concept of the mural.

“There’s this whole separate world inside of my head and sometimes, when I’m creating my art, I feel like that’s the way I let that world out. This mural is a very literal illustration of that concept.

“There’s a character and he’s got all these crazy thoughts inside his head and they’re just sorta exploding out in this explosion of creativity and imagination. The mural is called ‘The World Inside My Head’ and it’s about letting your thoughts run wild and recklessly pursuing your dreams.”

Why is beautifying the South Lake Union neighborhood important to you?

“Adding a mural to the South Lake Union neighborhood in particular is really important to me and something that I’m really passionate about because I think there’s no other neighborhood in Seattle that better exemplifies the way that Seattle is changing.

How is it different for you working privately in a small space vs. out in the world on a piece of community art?

“The overall process of working out in the community is a lot more fun and a lot more energizing because you’re getting reinvigorated every time someone passes by. People are waving from their car and honking, yelling ‘Good Job!’ and that kinda thing.

“When I’m in my little studio it’s like a battle against myself like ‘Is it good enough?’ and ‘Do I like this? Is this cool?’ It’s very cerebral. But being out on the street is just fun. 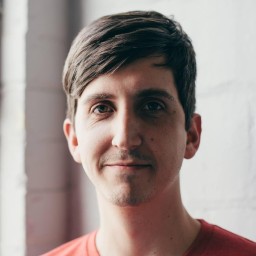 Building a Career as An Artist: Justin Kane Elder’s Evolution

We're committed to supporting artists in whatever way we can, but it's exciting when they're plying their trade in our…

KFC recently announced the "Watt A Box." It's a box that, in addition to holding your fried chicken, allows you…

Lettering, be it hand lettering, brush lettering, or digital, is enjoying a bit of a renaissance. This is good news…