If you want to crush your next talk, speech, or even just make more of an impression in the workplace, join me for Heroic Public Speaking.

For audience members, typical is boring. Watching a performer take risks is exciting. The best of the best break the rules.

Here are a few rules that you can break, or at least play around with:

1. No need to say, “I’m going to tell you a story.” Instead, just tell the story and get them captivated right away.

2. If you’re hosting an event, no need to say, “I’ve got some housekeeping to cover.” The word housekeeping tells the audience to stop listening. Instead, find a way to make the directions to the restrooms sound like an adventure and the info about that evening’s party sound like a … well … party.

4. No need to say, “Let’s get started.” The second you are introduced the presentation starts so by the time you’re on stage, you’ve already started. Generally, speakers spend too much time on “filler” material. As a result, audiences often expect a speaker to waste the first five or ten minutes so they stay on their phones or computers. The polite ones, the ones who put away their devices, get annoyed waiting for you to “start.” Instead, get on with the show.

This is why shows like The Good Wife, Breaking Bad, etc. don’t start with a title sequence with theme music. Over the years, viewers became programed to tune in late. They knew they wouldn’t miss anything important. However, if the opening of the show sets the stage, revealing the most important elements of the plot line, the audience will show up on time, if not early, and be hooked from the start.

Cut everything from your speech that isn’t absolutely necessary to entertain, teach, show, provoke or move an audience. Just like writing, performing is often about cutting out the fat. If you do streamline, you might start to think about your public speaking as putting on a show, rather than giving a speech. It makes a big difference.

Join me in Heroic Public Speaking and let’s perfect your speaking abilities today. 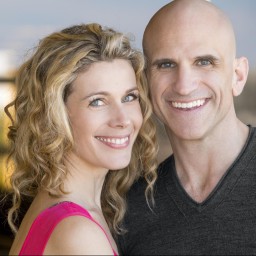 Called “an uncommonly honest author" by the Boston Globe and a "marketing guru" by The Wall Street Journal, Michael Port is a New York Times Bestselling author of four books including Book Yourself Solid, Beyond Booked Solid, The Contrarian Effect, The Think Big Manifesto and the all new Book Yourself Solid Illustrated.

Steal These Public Speaking Tips to Nail Your Next Presentation

Among the things that most of us are afraid of, spiders, clowns, and snakes rank fairly high on the list.…

Surviving Transformation: How To Prepare For Big Life Changes

In the words of David Bowie — it's time to make some ch-ch-ch-changes. Whether it's a change in your private…

These 4 Daily Practices Will Make You a Better Communicator

Do you ever feel like people just aren't listening to you, or that you're speaking but no one's listening? It…