Growing up I remember seeing my dad’s collection of ZZ Top, AC/DC, and Tom Petty LPs and having no idea what those weird black disks were. I did know I wasn’t allowed to touch them though. He rarely used the turntable in our living room but when he did, I’d hear the fuzz and cracks of his classic rock favorites and think “well, that doesn’t sound like my shiny Spice Girls CD…” Cut to today: We have matching record players and my collection of weird black disks rivals his.

Since Record Store Day’s inaugural year, vinyl record sales have surprised everyone growing at an incredible rate as CD sales plummet and streaming services takeover. What began in 2008 with releases from 10 bands including Metallica, Death Cab For Cutie, R.E.M., and Vampire Weekend has become an indie centered event music lovers schedule their spring around. If you own a turntable, it’s likely the 3rd Saturday in April is reserved for an early morning at your favorite local record store.

With its quaint start in 2008, Record Store Day soon grew into a controversial monster. In 2009, the number of releases multiplied 8 times over. Today, 7 years later, the official list of Record Store Day releases boasts over 400 titles and it has become an international event. For many shops around the world, RSD promises them their largest single day for revenue of the year. As for audiophiles, RSD holds the promise of long coveted titles seeing a re-release or even a first pressing. So then why the growth of negative murmurs?

As The New York Times points out, “Record Day has drawn criticism for catering to collectors instead of casual fans, and the glut of small-run releases taxes the already limited capacity of vinyl pressing plants around the world.” Related to this, as major label bands have latched on to the day for the opportunity to release material and box stores such as Urban Outfitters have begun selling vinyl, there’s concern over it being taken over from the indie-shop centered celebration it has focused around. On top of all that, there’s also the undisputed fact that vinyl pressing plants have an almost impossible time keeping up with the demand placed on them to produce the records required for the indie holiday.

In an industry where major labels and chain stores are often thought of as the only consort making a profit, RSD benefits the mom and pop labels and local record stores with equal, if not greater, fervor. According to Record Store Day’s official press release, indie labels claim over 60% of the titles listed. As for mass retail, they have yet to capitalize on the opportunity for sales.

The reemergence of vinyl as an audio format couldn’t have surprised anymore more than record shop owners. Mainstays have closed left and right as digital downloads took over but following RSD’s success and vinyl’s shocking sales growth, countless new locally owned shops have popped up – in Seattle alone we have see the arrivals of Spin Cycle, Rat City Records, and Porchlight Coffee & Records in recent years. As Porchlight’s owner Zack Bolotin put it “I think Record Store Day as a whole is a wonderful thing for record stores. Each shop can stock whichever releases it pleases and cater to its customer base. Of course there are a handful of downsides such as slight price inflation, folks reselling releases on eBay, and backups at vinyl pressing plants but overall a guaranteed busy day for a record store is a great thing.”

While to some Record Store Day is a calculated ploy into the pocketbooks of music fans, as a budding collector it’s a welcome one. There’s not a ton of joy found in downloading an album, glancing at the cover art, and skipping around to find your favorite tracks. What really makes the event a special one is the process of scouring over the official list, hoping to snag your favorites, standing in line with your fellow analog addicts, celebrating that cultural hub known as the record store, and connecting with music you can hold in your hand. Record Store Day has helped to ensure that locally owned record stores continue to exist and put physical, tangible albums in the hands of music fans of all levels – first time purchasers, seasoned audiophiles, and everything in between. With its meager beginning of 10 releases to the current celebration it it today, Record Store Day’s existence is something to celebrate, as is the rebirth of vinyl as a medium. 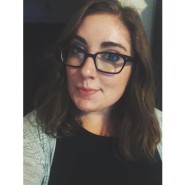 Lindsey Bluher is the Social Media Specialist at CreativeLive. Enjoy pictures of her dog by following her on twitter or Instagram @lindseyblue

What Are Backing Tracks And Why Do They Matter?

The 7 Best Subreddits for Musicians