So you want to stay in and cozy up to a good movie this Valentine’s Day. The trouble is that if your partner (or roommate) even so much as hears the word ‘notebook’ come out of your mouth, there will be cringes and eyerolls and all manner of annoyances throughout the movie which effectively will kill the mood. Not to worry, there are other options. Here are ten flicks that should do the trick without inspiring your cutie to start scrolling through their phone. Happy smooching — or laughing. Or crying. Or however you like to spend the holiday.

Say it with us, Puppy Love! This stop-motion-animated science-fiction comedy-love story ticks all the boxes. From tracking shots to distinct color palettes Wes Anderson’s classic markings are abundant in the Isle of Dogs. There’s an outbreak of dog flu that’s spread through the city of Megasaki, Japan, and all dogs are exiled. For the love of his pet, a young boy sets out to find his lost dog. With varying degrees of love stories layered throughout, this movie is a feel good gem that feeds our natural inclination to take care of those we love and admire.

French film Amelie was nominated for five Academy Awards. Sadly, it was in contention with knockouts like Moulin Rouge! and The Fellowship of the Ring so it neglected to take any statues home. However, it remains a magical journey full of cinematic wonder that delivers a quirky and clever love story sure to inspire. Plus, duh, France. Pair with champagne and chocolate for the optimal Parisian experience.

To All The Boys I’ve Loved Before

OK, we said non-cheesy and may have already broken the rule – but following the great cinematic tradition of teenage love flicks, To All the Boys I’ve Loved Before, does not disappoint. From public embarrassment to social deception – the formula works! If you’re looking for a guilty pleasure, this will certainly suffice.

Call Me by Your Name

Love is complicated, unpredictable and tells us a lot about ourselves (or confuses us more, up for debate). The Oscar winner for best adapted screenplay, Call Me By Your Name, isn’t your typical Hollywood love story. If you’re not looking for a cookie cutter look at love, this is your ticket.

There’s Something About Mary

I bet the Farley brothers couldn’t imagine we’d be comparing There’s Something About Mary to a fine wine 20 years after it’s release. But the slapstick love story gets funnier with time, testing our threshold for witnessing one man’s struggle to keep his heart (and nether-regions) from being broken.

We had to include an anti-love story for all of you going through something right now. And what’s better than watching John Cusack, a record store owner and compulsive list maker, recount his top five breakups with comedy breaks by funnyman Jack Black!

Crouching Tiger, Hidden Dragon covers all the bases, martial arts, adventure, romance, you name it. This epic and beautiful movie was nominated for 10 Academy Awards, and it won in four categories. That’s not Oscar chump change. If you’ve ever fantasized about flying atop trees with swords or having a dessert horse race that ends in making out this should be just the ticket.

If you’re more interested in zombies but still want to take part in some V-day sexual tension, Zombieland has just enough to keep you engaged.

If witty dialogue is your thing, look no further than Silver Linings Playbook. Amidst all the drama this film showcases an unexpected romance that delivers uncomfortable moments, comedy, and yes a dance sequence. Jennifer Lawrence scored the only Oscar win for this film even though it was nominated for eight Academy Awards. Director David O. Russell is known for hitting hard and then drawing you in closer. This film is no exception and is perfect for a less traditional kind of love story.

Scott Pilgrim vs. The World

Here’s a little something for all you nerdy lovebirds. If you want a truly fun movie that packs as much punch as it has kisses, say hello to Scott Pilgrim vs. The World. This film is based on a graphic novel centered around young Scott’s desire to secure cool girl Ramona as his love. To get there, he must defeat her seven evil exes in a series of real-life game battles. Scott is played by none other than Michael Cera pulling his typical schtick of charming meets unassuming. It’s fast paced and entertaining with young love at its core. 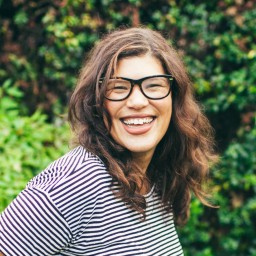 Danielle Elliott is a producer and photographer based out of Seattle, WA. She heads up the creative services team at CreativeLive. She's on PInterest and Instagram at @dmotif.

5 Unexpected Holiday Movies To Mix Up Your Weekend

At CreativeLive, we favor creativity to a fault. Personally, I prefer a creative approach to a practical, useful, or even…