What Does Body Alignment Have to do With Creativity?

Being creative is all about becoming a channel for inspiration to come through. So, how do we make ourselves effective channels? The way we move through space and align our bodies (or don’t) plays a big role.

In 2010, a psychology study commonly referred to as the “Superhero Stance Study,” demonstrated a strong correlation between posture and confidence. Participants assumed either a “high power stance” or a “low power stance,” and were taken through a handful of tests.

The way we organize our body in space sends neurological signals to our brain regarding the way that we feel. Whether the mind follows the body or the body follows the mind doesn’t necessarily matter. The point is that they’re connected, and affect one another.

The way that we move matters.

In today’s working environment, it’s common practice to sit hunched over at a desk pecking away at a laptop for 8-10 hours. Would you consider this hunched over position to be a high power stance?

Most of our movement occurs outside of a workout regimen. We spend hours sitting or standing at work. In a single day, a normal person will sit, stand, walk, bend down, and lay down, likely multiple times. As Aaron Alexander states, our bodies are under constant construction. Every movement matters.

When our awareness of our own body and the way we move through space extends past the hour long physical practice, we begin to recognize movement as a way of life.

Many of us will spend the majority of our adult life at our job. If we spend all that time hunched over, what is that doing to us physically and psychologically?

Creativity involves a lot of self confidence. The type of self confidence it takes to be yourself, and share it with the world. Sitting behind a laptop is not the most conducive environment for creative endeavors. Not to mention it can also leave you with stiff joints, achey back and knees, and even poor digestion.

Standing desks and floor cushions are great resources to combat this issue. Sitting is not necessarily the problem, but the way we sit bent over a desk causes extremely unnatural positioning of the body.

Dan Buettner, author of the book, “Blue Zones; 9 Lessons for Living Longer From the People Who’ve Lived the Longest,” investigated the lifestyles and activities of cultures around the world that produce the most centenarians (people who live past 100). Floor sitting was near the top of the list across the board. Studies correlated the ability to sit and rise from the floor without support with longer life expectancy overall.

Sitting on the floor or on a cushion opens up our hips, and requires a deep squat. Folding our body to get up and down off the ground is one of the most natural movements our species evolved to perform. Yet, in today’s age, how often are we actually even doing that?

Alternating between floor sitting and standing while working is easier on the body than sitting hunched over. It also promotes better blood flow and circulation, which can enhance brain activity. It might take some getting used to, but adding this practice into your work life can make the difference between living pain free and energized, or achey and depleted.

As most creatives can attest, being creative requires a certain state of mind that allows you to express freely and to your potential. This can be a difficult place to reach. A lot of variables can and will affect your ability to reach this optimum state of mind. Which is why it’s so important to take care of the things you can control.

Sit up straight, keep your chin up, stand tall, don’t hunch. These are all things we’ve heard for years without fully understanding their importance. The body and brain are so delicately connected that it’s difficult to even refer to them as separate things. They inform each other. 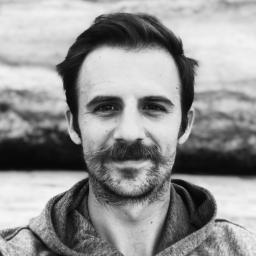 5 Ways to Build Habits and Crush your Summertime Goals

Summertime is upon us. Long days, warm weather, and relaxation are the expectation. But what if we took a different…

We all want to be our best selves, but sometimes it feels like we're working against our biology. Maybe you've…

Why Outdoor Exploration Makes us Happier and Healthier

I remember getting pummeled, for what seemed to be the hundredth time, under what was probably only a 3 foot…

3 Ways to Capture Creative Inspiration on the Go

When do your best ideas come through? When is your creative inspiration strongest? If you’re like most, it’s not when…