Why I’m Passionate about Creating Films for Families I never truly understood the impact of video until I watched footage of my grandfather when he was in his 50’s. This happened a few years ago. I was at my parent’s house, watching old home videos on VHS. The video we were watching was from Christmas, sometime in the late 1980’s. My grandfather was saying a prayer to the dinner table, welcoming a room full of guests to enjoy a meal our family had prepared.

But what made this video so significant to me was not glimpsing the 1980’s fashion choices or even seeing a younger version of familiar faces, it was seeing my grandfather, who could no longer speak, command a room with his voice. At the time that I watched this video, my grandfather could no longer speak clearly or stand without support. He had Parkinson’s, was on the cusp of 90, and the ability to stand tall and speak to a room of people was no longer his.

My grandfather was the most incredible man I have ever known and his voice is something I hadn’t realized I’d missed until I heard it again. While this moment was mine alone, to feel and to savor, I believe the power video has on people is universal. Through this video footage, I could feel his presence wash over me in a way I can’t emulate when I look at photos.

My grandfather passed away last year, and the memories those tapes hold are even more precious now than ever before. My children will get to see him the way that I remember him because I have these videos (which I encouraged my parents to have transferred to DVDs!).

The significance of capturing video is priceless — no matter the quality or your level of technical savvy.

The film below is a moving portrait I made of my son Cooper. I made this because I felt like time was slipping away with my oldest child. He’s changing so much, becoming so much more connected emotionally to the people around him. He’s maturing, developing a hilarious sense of humor, and taking in experiences with his whole being. I wanted to create a film that would encapsulate him as he is right now.

A video is like breathing life into a photograph.

This is why I’m passionate about making films for families.

Imagine being able to go back and relive a day in your childhood or a special occasion with your family. To see the house you lived in, hear your parent’s voice, and feel that love again.

This is what I give to families.

Imagine right now, being able to share a video with your children from your own childhood, to help pass down stories about what your family life was like growing up.

Imagine when your child is grown, and they have children of their own. Imagine being able to give this gift of a short film to them so that when YOU are gone, they’ll have your mannerisms, your voice, your smile, and your laughter to share with their own children.

Nothing in life is promised. Anything could change in an instant. Taking the time to document the memories from everyday life is just as important if not MORE important than the milestones we tend to invest our time and money into documenting.

A family film is like walking into a memory that you can replay over and over again. 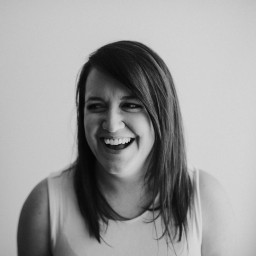 My Biggest Fear About Switching to Videography: Mastering Video Editing

One of my biggest fears about videography is NOT that capturing footage will be impossible or extremely difficult. What video…

How Urban Exploration Can Boost Every Photographer’s Portfolio

You stumble upon an old, abandoned building that seems to serve as a relic of times past. Some people would…