Ron Haviv has spent the last three decades of his life covering more than 25 conflicts and working in over 100 countries. When speaking to Ron, you’d never guess that he is an Emmy nominated and award-winning photojournalist because of his relaxed style and dry humor. He is also a co-founder of VII, a photo agency started in 2001 by seven photojournalists which currently represents 19 of the world’s preeminent photojournalists who are committed to documenting conflict and raising awareness to human rights issues around the globe.

Ron’s cool demeanor and humble tone don’t allude to his critically acclaimed collections of photography or that his work has been featured in the Louvre, the United Nations, and the Council on Foreign Relations. His recent book, The Lost Rolls, was created from over 200 rolls of undeveloped film Ron found that spanned over twenty years of his photojournalism career. His experience is vast and his knowledge is garnered from years of travel and CreativeLive now has the honor of working with him for Your Photojournalism Survival Kit on January 22, 2016.

In this one day, live class, Ron brings over two decades of experience to the CreativeLive audience through engaging stories and inspiring anecdotes. He will teach you how to find your voice as a photojournalist, to craft a budget and a pitch letter using Ron’s own templates, what to do before you leave for a trip (who to contact, what to prepare for, etc.), and how to take care of yourself when you get home (mentally and emotionally). If you want to be part of the in-studio audience in Seattle, apply here.

In addition to this class, you can enter for a chance to WIN a one-on-one critique with Ron for feedback on your best pitch letter for your dream photojournalism project. To enter this contest submit a one page pitch letter to CreativeLive and Ron Haviv will select the winner. You and Ron will work one-on-one to critique and discuss it. Of course we don’t want your brilliant idea to be compromised, so the winning pitch letter will not be shown on air. Instead, broad lessons from the winner’s one-on-one with Ron will be discussed in the live class on January 22nd, 2016.

If you would like to have your pitch letter critiqued by Ron, send a file (.PDF, .doc, .docx, etc.) to haviv.critique@creativelive.com by January 19th, 2016 for your chance to win. Only the winner will be contacted.

See the complete contest rules below.

Enter for a chance to win a one-on-one critique via Skype with Ron Haviv for feedback on your best pitch letter for your dream photojournalism project.

OPEN ONLY TO LEGAL RESIDENTS OF THE FIFTY (50) UNITED STATES, D.C. AND CANADA WHO AT THE TIME OF ENTRY ARE AGE 18 OR OLDER AND OF THE LEGAL AGE OF MAJORITY. VOID WHERE PROHIBITED. 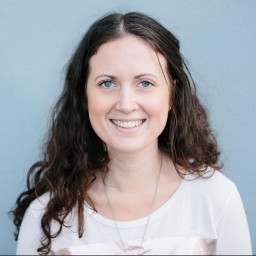 When Sarah's not brainstorming & creating, you can find her laughing, at the beach, or in the forest. She's an out-going & fearless personality who spends her time at CreativeLive as the Lead Content Producer for Photo & Video.

Test Your Skills and Photoshop This!

Edit some much-needed context into these absurd stock photos! Getting ready for Photoshop Week 2017 is solidly on the mind…

Ed Kashi is a photojournalist dedicated to documenting the social and political issues that define our times. His sensitive eye and…