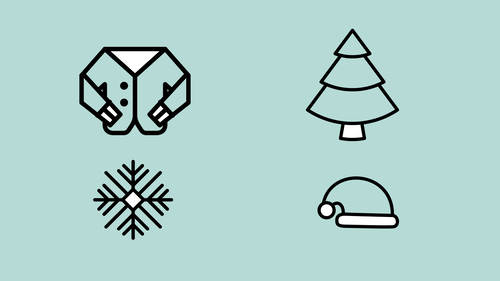 We’ve designed a class perfect for those wanting to learn how to make vector art. And one of our most popular instructors, Adobe® Certified Expert Jason Hoppe, is back to break down Adobe’s newest version of Illustrator to create vector art using Adobe Stock imagery.

Creating professional vector graphics can be made easier by using Adobe® CC Illustrator and Adobe Stock. Find out how in this 90-minute course.

I really think this amazing class is misnamed. It does show how to use Adobe Stock to find vector art, yes, but it shows so much more about how to use libraries as well as a ridiculous number of time-saving tips for streamlining your Illustrator workflow. And the vector art used could come from anywhere. I personally don't care to use Adobe Stock, which is why I nearly passed up on watching this class, but man am I glad I decided to check it out. Jason is a delightful teacher, clearly very excited to show people how to work faster and smarter and his tips and techniques for working faster are outstanding. I knew quite a few of them already, but there were also many that I didn't know and that will make a massive difference to how I approach working in Adobe in the future. This really is an outstanding class. I can't recommend it enough.

Adobe Stock has a lot of pre-made templates styles you can use in your design. You can customize the content and make nice variations. Jasom explains that you not always have to start from zero. I agree that that the possibilities with assets are endless. Adobe Stock is just one libary though.

Even though this course is described as focusing on Adobe Stock, Jason Hoppe offered so many timesavers and shortcuts—I had to purchase the course to remember them all. I found this course very helpful and full of shortcuts that promise to streamline my workflow.