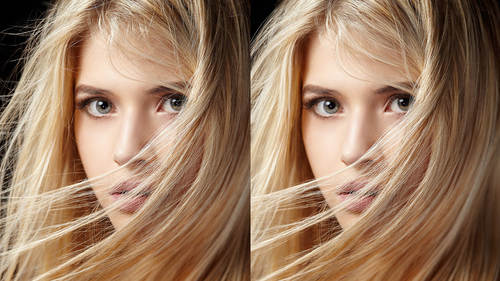 Alright, so what we're gonna talk about is kinda basic retouching, retouching techniques but in an advanced way. So what I mean by basic is kinda the fundamentals of things that you have to take care of, not the skillset you're using okay? So we're gonna talk about advanced Content-Aware and cloning, and we're gonna talk about Vanishing Point, and what I really wanna do is perhaps kinda set this on its ear a little bit about (chuckles) - I know you're surprised, I always do this to you guys. I'd like to give you a different way of looking at how you perhaps approach your retouching, and your spotting, and your cloning, and use some advanced tips and this is absolutely a guide. Have you guys noticed for example with Content-Aware, there's a gazillion different ways of doing it? It's crop, it's scale, it's the Patch tool, and I really, really wanna do a compare and contrast today because I don't think you guys or me in general, give ourselves that luxury of really taking apart tools, so ...

Elevate your command and understanding of our old Adobe® Photoshop® friends—the Clone Stamp, the Healing Brush and the Content-Aware Fill. Lisa Carney will investigate these toolbar control leverages, which few have explored past the “option-click,” “shift-delete” and “hot key.” In this class, you’ll learn how to use quick Content-Aware Fill action to make crosshairs headaches a thing of the past; fine-tune cloning tools to do exactly what you want; expand your expertise of the entire army of healing tools, and utilize different methods to extend backgrounds for layouts. Freshen up your capabilities, speed up your productivity and improve your asking price.

Content aware was one of the best things to happen to Photoshop and this is a great comparison of the different tools that use it. I've been using the content aware fill action regularly since taking this class and now I want to go find a project that uses the vanishing point tool. Thanks Lisa!

Just the best. watch. rinse. repeat. try it out. watch again. You will learn something new each time. Eric

I've watched several of Lisa Carney's classes and she is a great teacher. No BS and no fluff--just what you need to do the job correctly and efficiently. 2 thumbs up!