Lesson 5 from: Become An Inclusive Presenter 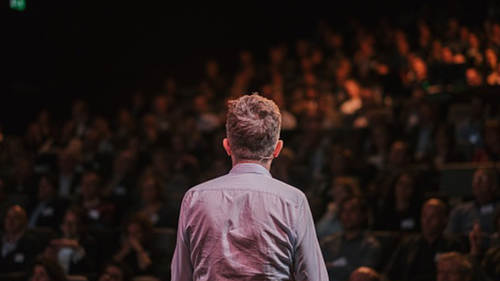 Lesson 5 from: Become An Inclusive Presenter

5. How to Become an Empathetic Leader

How to Be an Empathy Machine

This is a game that we're very excited about called empathy telephone and the way this is going to work is similar to sounding board. We've already done sounding board, where we were trying to really kind of just maybe be the sounding board with one word. Just kind of knock that one word back across the table tennis net, if you will. With this game, not unlike telephone, which I'm sure you've played as a kid, we're going to try to absorb as much as the person says and repeat it back. So do you know the game telephone? Have you played any kind of iteration of it? I'm sure you have. Areena, have you done that? I've done some. I'm not sure it is the same thing-- No worries. As what you are saying. I was seeing that you were like, "Go on." (laughing) This game of telephone. You mean texting? What's happening? So basically, what someone's going to do is they're going to talk about something that's challenging or frustrating for them to another person. And then that person is going t...