Being Your Brand with Mecca Gamble McConnell 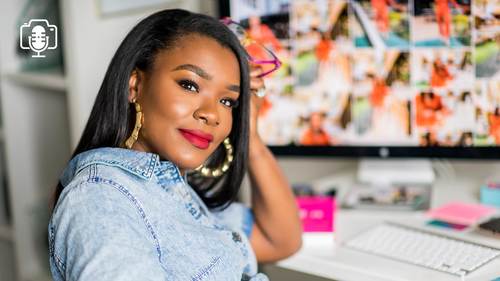 1. Being Your Brand with Mecca Gamble McConnell Show Transcript

Class Trailer
1 Being Your Brand with Mecca Gamble McConnell 1:02:15

Being Your Brand with Mecca Gamble McConnell

Mhm. What? Yeah. Hello, everyone. And welcome to Creativelive. Welcome back to Creativelive. I'm your host, Ken Klosterman, bringing you another live, uncut episode of our We are photographers podcast, where we connect you with our favorite photographers, film makers and industry greats all over the world. So that we could talk about the ups and the downs of living a creative life. Because that is what connects us all. It's not always roses, and once we start sharing with each other, that's how we learn to get through the hard times and celebrate the winds. So let me know where it is you're tuning in from. If you're joining us, live right now. If you're on creative life dot com slash tv, you can check, click on the chat, little icon there, join us, let me know where you are tuning in from in the world. And of course, if you're watching on social media, you can do the same. But I'm looking forward to giving those shout outs to our guest today, and I'm very excited to bring on for the ve...

In this episode, you’ll discover why photography is a ministry for Mecca and what led her to serve others as a life priority. Learn how brand photography can be an essential strategic asset for you and your clients. Mecca shares the importance of community to keep going through challenging times. With business and branding, she explains how it often takes getting it wrong multiple times before you get it right. Mecca explores the importance of forgiveness for personal growth and how consistent authenticity breeds trust.

Mecca Gamble McConnell is a sought-after brand photographer who creates strategic, compelling images for service-based entrepreneurs that help them tell their stories and communicate their expertise. She enjoys helping other photographers gain confidence, clarity, and build community through her 1:1 instruction, group coaching program Picture Yourself Profitable™, and hosting an annual retreat-style workshop, Porter Street. Her bold personality, style, and worth ethic have allowed her to stand out in her market and have her work published by popular mediums such as ESSENCE, Upscale, XoNecole, and The Knot.

Mecca Gamble McConnell is a sought-after brand photographer who creates strategic, compelling images for service-based entrepreneurs that help them tell their stories and communicate their expertise.&#160;
SEE INSTRUCTOR'S CLASSES

I really enjoyed this interview, Mecca is very successful and does beautiful work. Check out her website for some real inspiration, also checkout her fees, that's a real eye opener and nice to see. Many of the free videos Creative Live offers are not great but this one is well worth your time. Can I make the suggestion that Kenna needs a better webcam the audio and picture quality is not great and a little distracting.