Lesson 6 from: Beyond the Same Day Edit 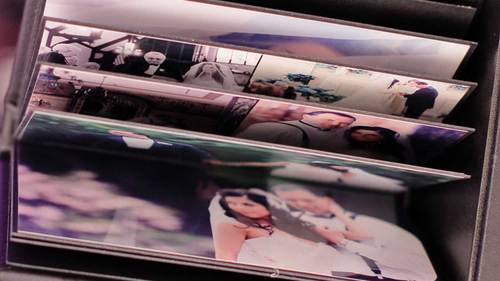 Lesson 6 from: Beyond the Same Day Edit

6. Editing and Publishing the Images

What we've already done behind the scenes and what my assistant would have done during cocktail hour is download all of the pictures this is the card reader that we usually have is a usb reader we had a firewire one and I do have one but for some reason it actually corrupted my cards recently so it's an off brand had trouble trying to find a firewire compact flash card if you're lucky enough to have a usb three on your computer they you can pick up a usb three which is much faster than I would be too for about thirty nine bucks and get a good reader maybe a lot faster I mean it doesn't really take that loan anyway but not to not to too bad but so this is what we would do just to download the photographs I do have a small sd card this is where the medium says j pegs would go so remember I have a dual slot camera so the medium says j pigs go on to the est e card and then I would have a compact flash card that would have the raw files on it all the raw files as well as the medium jake pai...