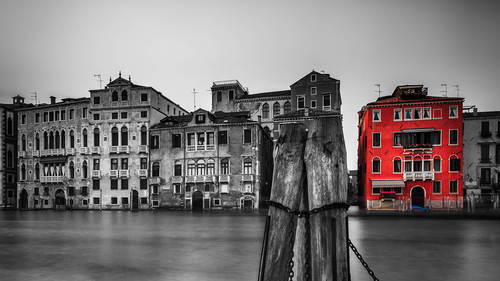 Let's go and do a different style in New York. This was one of the day when it was raining all the time in New York. Raining, raining, raining, raining. And so I had. My daughter was an umbrella and and I was taking photos, but that they were was pouring rain all day for eight hours. This is the I think that they were about the most photo that went funding to the book, including this one. And so that's, um, the view of Brooklyn, I believe from the man Hannah. That's the Brooklyn Bridge that you see. But I'm sitting under the Maranon Bridge, shooting the Brooklyn Bridge something like this, but I'm not a new IT expert. Although I've done a book on New York, I'm probably one of the person in the world who knows the least about New York. But just on a book about the city, this is crazy. If you think about it, eso on this one. I want to do a difference time. I want to go the high key black and white. What I mean by that is, I am. Instead of going to see how it looks like a black and white ...