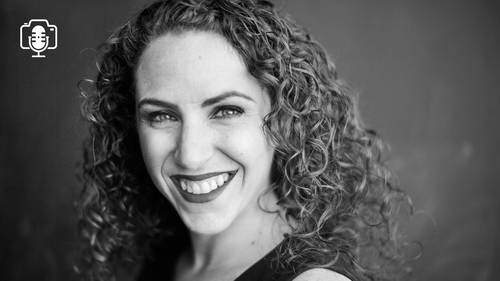 Mhm. Yeah, yeah. Hello, everyone. And welcome to Creativelive. Welcome back. I want to give a special shout out to some old longtime critical eye fans who might be tuning in if you know who today's guest is. I'm your host, Ken Klosterman, and I'm so excited for you guys to join us today. This is another episode of our podcast. Were photographers playing right here on creative live TV? If you are tuning in, be sure to join the chat. I know there's already some folks in there you can click on that chat icon above, joined the conversation, and you know that we love to give a shout out. So, um, tune in. We've got April in there and, um, Carlos, let us know where you're treating in from Vicky of Marghera is tuning in. Oh, my gosh, again. I can't go too far down find with shoutouts now, because it'll go forever. Anyhow, uh, this is a very special episodes for me, everybody, because we're going taking you behind the scenes on episode number 100 of this credible podcast were photographers and,...

In this very special 100th episode of the podcast, Lindsay and I talk about evolution as photographers, educators, artists, and humans. Lindsay shares how as a recovering perfectionist she creates with purpose versus producing just for producing’s sake. Lindsay shares why she loves to teach and what she learns from her students. Find out what photographers inspire Lindsay, the importance of collaboration, and how she turns creative restraints into an advantage.

Fashion photographer Lindsay Adler has risen to the top of her industry as both a photographer and an educator. Based in New York City, her fashion editorials have appeared in numerous fashion and photography publications including Marie Claire, Elle Magazine, Harper's Bazaar, L'Officiel, and dozens more. As a photographic educator, she is one of the most sought after speakers internationally, teaching on the industry's largest platforms and most prestigious events, having been named one of the top 10 best fashion photographers in the world. Lindsay has worked with some of the top brands in the photographic and related industries such as Canon, Adobe, Grey, Edelman, A&E, NBC, and Microsoft. A clean, bold, and graphic style has become the hallmark of her work, whether shooting advertising campaigns, designer look books, jewelry, hair campaigns, fashion editorials, or professional athletes. Lindsay is renowned for her creativity and collaborating with designers and stylists in order to create fresh looks. An author of five books, she is always working on new ways to share her passions and knowledge with others.