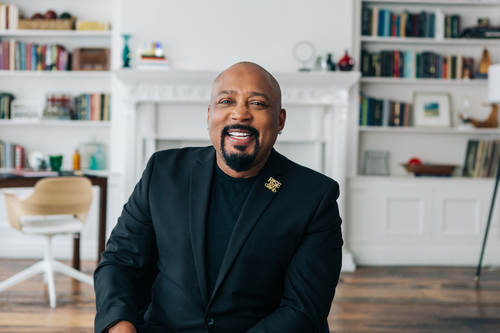 4. Fireside Chat with Daymond and Ted

Optimize Your Brand on Each Platform

All right, what's going on? Everyone, you just finish module one and now we're going to jump into a fireside chat with Damon and me and what we're gonna do is we're going to break down some of the lessons learned in the module and talk about how to apply some of those insights uh in your own social media plan. So let's get right into it. So Damon first thanks for doing this. I know we we talk all the time. Uh and so it's good to kind of take a step back and talk through some of these fundamentals of social media and everything. It's great to thank you for doing this because a lot of times you do this, I'm not in the room and as you learn and grow, you know, it's good for the whole team to know that. And I think a lot of people here should listen to our dialogue and our conversation and not only use it just for themselves and make sure they repeat this and have the same dialogue with their team. So there they're both growing, you know, collectively. Absolutely, collectively. Excuse me. ...

Daymond John is the CEO and founder of FUBU, the iconic global lifestyle brand that went on to have more than $6 billion in sales. A New York Times Bestselling author, Daymond is one of the original cast members of two-time Emmy Award winning series, Shark Tank, which airs Friday nights on ABC. In 2015, Daymond was named a Presidential Ambassador for Global Entrepreneurship and has joined the President and his staff at summits in Kenya and Cuba.
SEE INSTRUCTOR'S CLASSES

This class was very helpful. It helped me realize what my team and I have to fix as well as giving me confirmation of what we are doing right. This class was very quick and straight to the point. Overall going through these videos was a great little learning experience. I cant wait to share this with my team!