Skip to main content
art & design
All Design Classes > Design Projects > Building Infographics In Illustrator > What Is An Infographic?

Lesson 1 from: Building Infographics in Illustrator 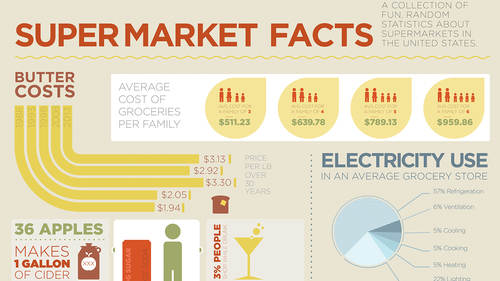 Design Projects > Building Infographics In Illustrator > What Is An Infographic?

Lesson 1 from: Building Infographics in Illustrator

1. What Is an Infographic?

This lesson gives an overview of the elements of infographics, including icons, grid structure, fonts, colors, and how to set up your initial document to ultimately create good data visualizations.
Show Transcript

How to Edit Shapes in Adobe Illustrator Part 1

How to Edit Shapes in Adobe Illustrator Part 2

The Pathfinder Tool and Adobe Illustrator

How to Create an Icon Part 1

How to Make a Grid in Adobe Illustrator

Bringing It All Together and Becoming an Infographic Maker Part 1

Bringing It All Together and Becoming an Infographic Maker Part 2

Here we are, creating infographics using Adobe Illustrator. Just a few little things before we start off, we are using the most current version of the Creative Cloud which is the Creative Cloud 2014. If you are using older versions of Illustrator, there are lots of things that will still parallel to what I'm talking about. But I am going to point out some new features with Illustrator that have just come out with this newest upgrade and ones that have come out over the last year when Creative Cloud has come out. So starting out with what makes an infographic? What makes it work and how to bring it all together is my nice little presentation. So of course, gotta make a nice presentation that looks like an infographic. And how do you create it? Well, what goes into an infographic? Why do they look so good? What makes them compelling? And a really good infographic, you should look at it and say, wow that looks fantastic. And it's funny 'cause I've done a lot of research online and there w...

I'm not even through the second day yet and I'm thrilled with this class! Only thing, I wish he would go slower BUT then again, if he did, we wouldn't get SO MUCH information. I'm glad I purchased the class so I can go back and replay to my heart's content. Even though this class is based on creating infographics, the wealth of information is perfect for any project using Illustrator. I do wish he would have shown how to work with corners (for example) for those of us who do not have CC (I'm in CS6) so we could learn the "hard way without widgets" and the easier way with widgets. Jason is very funny and I love his direct approach to getting the job done while knocking a clients socks off. I look forward to many more classes taught by Jason.

Another amazing class from a man with a seemingly unbelievably clear mind. So great at conveying the concepts of the program so that you can effectively learn actual methods but also walk away with enough information on the way the software is organized so that figuring out a solution to a design challenge, on your own, is light years easier and faster. i am thrilled with the broader grasp of the possibilities i learned. i could go on and on. It is absolutely a class worth taking whatever your level of expertise.

Loved the class, learnt so much from Jason even if he talks a little fast sometimes he is still very funny and makes it look so easy, would love to buy his indesign class too love watching him, excellent teacher.