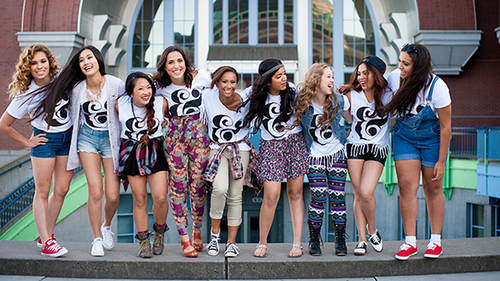 Like susan said, we're going to talking about how to build a loyal senior model program I can I have been doing photography for the last almost four years and we really have found our niche in the senior market before we started photography I wasn't used development and so I have a lot of experience working with like young people specifically young people sixteen to twenty four years old so when we started doing photography we're trying to figure out what we wanted to do I wanted to shoot wedding that I want to shoot seniors because that was familiar to me I could connect with them I loved being around them there are fun I love fashion I watch gossip girl so those are just a few things that that drew me to them so we started picking up seniors and kind of figuring out the whole market and we kind of got lost because when you're not a senior or when you don't have a senior it gets tough tio kind of reach them kids don't hang out the way that you see they're not at the malls the way they...

How To Build A Loyal Senior Model Program.pdf

We are a fusion team, east meets west, boy meets girl. He supports (HER) and she loves Him. In (AN) effort to maximize their God (God-given) gifts, he took to reading, "Rich Dad, Poor Dad", "Richest Man in Babylon", "The
SEE INSTRUCTOR'S CLASSES

Wow, powerful information! Ike and Tash are amazing and I'm so glad that I watched this course!

LOVED this! Would love to see more Ike &amp; Tash on Creative Live!