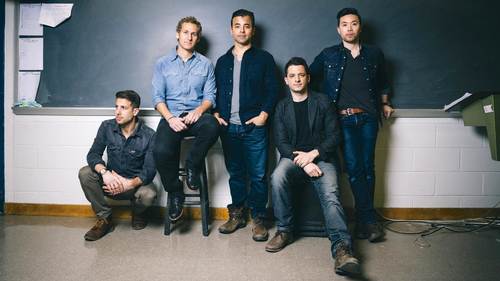 Old songs I think we would love to hear one and I think we need to play the song that kind of was certainly something that sets you on a different path in terms of your popularity. It was a big, big record for you. Uh, let's talk a little bit about shattered and what a song like that does to a band good and bad. Yeah, good and that, I mean, our trajectory had been going at a rate, um, where none of us had could pay attention to it. We were so wrapped up in touring, all we ever did was tor you around, and our popularity was was growing, and, well, we just thought, that's, how bands that's what happens when you're a man and you tore a lot? Next thing you know, we're at madison square garden and were looking around going, damn, we don't even have a hit song, and this is crazy. New york times writes an article when these guys have a hit song got a, uh and then you said we're in the new york times that way in the new york times, you know, this is like, you know, we're just building a group ...

O.A.R. is renowned for its intense, vibrant live show — including selling out Madison Square Garden twice —and the communal feeling it shares with its fans. With each studio album, the band has endeavored to achieve that sense of immediacy.
SEE INSTRUCTOR'S CLASSES