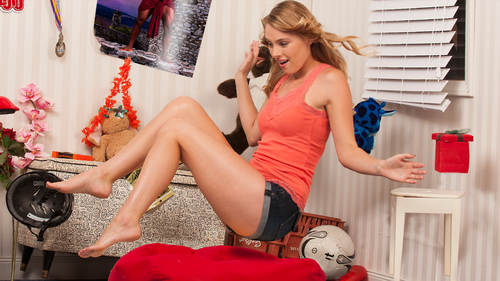 We talked about content aware a little bit. There's some content aware stuff that really is quite remarkable. And it's still every time I've show and I've shown this is came out and see a six. I showed it many, many times, and every time I do, I still shake my head at Gosh, this would have taken me times longer in previous situation. So let's look at this example where we have this photograph and the person loves it. But can you just they always say that? Can you just and because people don't know, they would say, Can you just I wish I was staying a little further to the left. You just moved me over the left. Well, in fold shop terms, that means cut her off the background and move her over and cover up where she used to be. So it looks like she's now standing over there, which before this tool I'm about to show you would have been. If you're lucky 1/2 on our process of move over and then clone and patch and he'll and everything else. Now there's a tool that does pretty darn good job. ...