Lesson 13 from: Color Techniques for Drawing 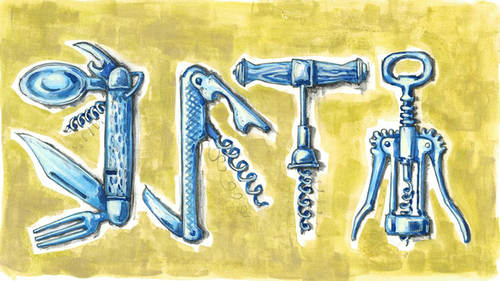 Lesson 13 from: Color Techniques for Drawing

How to Apply Color Using Watercolor

How to Apply Color Using Gouache

Develop your Style by Showing Your Work

Ways to Display Your Art

Turn Your Drawing into a Digital Product

Paper Crafts with Your Drawings

Now we're gonna combine several of these techniques that we've done onto one drawing. This is gonna be back to our dog painting. In class one, we drew a dog. When you do a nice drawing that you like and you're thinking of painting it in, one of the first things you wanna do is trace it. This saves a copy. This is another kind of analog version of what you would normally do on your computer. You save a copy of any file that you think you might wanna go back to. I traced the dog that I drew because I'm gonna start messing with it with paint and there's a really good chance I'm gonna wreck it and I kind of like my dog painting, my dog drawing. I'm going to transfer it on. I'll just start out this a little bit but, I think by now you've seen tracing and transferring. You could if you didn't draw this dog and you had a photograph of your dog, you could start at this point. We already did a dog in the last class. We're gonna start using the one we already drew. You tape that on your paper. I...

Cleo Papanikolas is a painter, author, illustrator, and maker of Cleomade products. She has a BFA in printmaking from California College of Arts (and Crafts), and an MFA in painting from the University of California at Berkeley. She is the author and illustrator of Cook Until Desired Tenderness (North Atlantic Books). She illustrated The Comfort Queens Guide To Life (Random House) and a line of over 100 licensed products based on the book.
SEE INSTRUCTOR'S CLASSES

I love this class!!! Cleo is such a natural, enthusiastic and funny teacher. She shares her ideas very freely and makes learning so much fun. She likes to explore her materials by experimenting and also making charts. In art school I always thought this was a little boring, but Cleo makes it fun. It is a good way to warm up and prepare to draw and then begin paint. I have learned to enjoy this process so much by taking this class. I would recommend this class to both beginners and experienced artists.

Cleo does start quite nervous, and not very clear in her explanations. Thanks to the guy asking the questions throughout the class…I guess he was as confused as us in the beginning. BUT…the class does get better!! She gets more confident and does give good examples to take your simple drawing to a colorful piece of art you can sell on products or share on social media. I really enjoyed later lessons. And I always say-if I can get a least ONE good advice or trick – then it was not a waste of my $20.