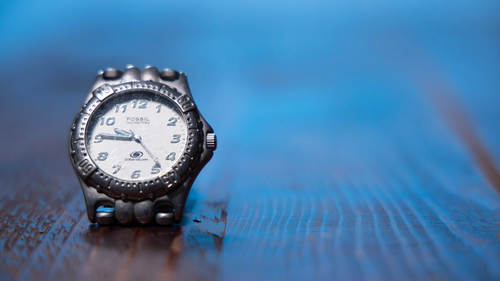 Sharing with the Client

we've already shown you two different ways of client. Conceal your images. You can have a secondary screen and just click on this little second person or the second monitor, and it will show a second monitor to whoever's in the studio. You can show it via a Web link so that someone can look in on that collection that's being shared to the Web, and it's going to be right up there on the Web for your client to see, or you can pull it up on your IPad. And because your IPad is synchronized with light room in the Cloud and Lightning Classic is sending to the cloud, you can see that if I'm looking at my tethered shoot here, I have all the images right here in front of me in my tethered shoot. And so my client could be looking at these images the client could and what I would do, which is really important. What I would do is I would just make sure that you turn on the star and flag capabilities. So over on the right hand side here and up here, these air, the adjustments and things like that i...

nside of light room mobile. And here are all the informational things. So if you click on that star option, the client could be busy flagging and starring. So if you if you use the right hand side up, this flag down is no flag and reject, and on the left hand side they can star rate various images. So this is a really fantastic way. I would much rather my clients sit with an IPad over on a desk somewhere. And just as I'm shooting, they can just be flipping through images as I'm shooting. And it's not gonna take him to the next one. They're just gonna keep coming in and they could be flipping through it their hearts, content and finding images. And when they find the image that they like oops, when they find an image that they like, they can just say I like that one. And I like it a lot, and that star rating is going to come back. So if we go back into light room here in our library and we go to all of our images from the tethered shoot, those images were going. Are those ratings that they've just given us a soon as they move off of it. So right now, looking at the IPad. So I'm looking at the IPad right now is the client, and I have started as a five star on the flag. As soon as I move away from that image, then it's going to synchronize all those changes up to the cloud, and you can always see right up here in the corner. There's a little ah cloud, and it'll have, like, a spinning thing on it, and that tells you it's synchronizing. And then when I come back to here and let me view my grid with expanded cells and you can see that it's already in here flagged and starred so your client could be doing the selections while the shoot is happening, or even, maybe right after the shoot has happened, you could If you're let's say it's a portrait session. You could have your client sitting for the portrait, take the portrait, and then as soon as you're done, instead of showing it to him on the computer, simply pull up your IPad and hand it to him and say, Browse through those for the next five or 10 minutes, I'm going to go and clean up stuff and do whatever, and then when you come back, I will. I'll have you can you can flag here and you can start here and when you come back then you could look at all of those kind of parent down and look through him with them by just sorting eso. Then you could come up to the top right up here. There's a little filter, and you could click on that filter and say, OK, let's just see the ones that you have flagged. So there we go. And is that the one you want? Yes, And if there's 12 that they've flagged, then you could go through and work with them on those. But that's a really great way to do it, too. And it's a really nice interface, much nicer than your computer, Actually, um, and it's more intimate for them to hold it. Play with it while you're doing something else but a client over in the corner, looking at the images as they're coming in. That's really cool Parents. If you're doing Children's portrait's, you could have the parent over at the corner, on a couch, looking at the images and flagging and starring the ones that they love while you're at the camera shooting so tethered shooting is a really, really great way to shoot, but you just need to know how to do it. And so we've just defined to show you how to do all of that. We've shown you how to connect the camera. Make sure that you've turned off the sleep mode on your camera. Make sure that you have a tether block toe. Hold that cable in place and that you have a right angle cable so that it's not falling out. And it's not getting jostled around. Make sure that you have a tether boost. Cable this thing to make sure that your signal is strong, and if you have all of that, you will have no problem sink or, ah, shooting right in tow. Light room light room does a fantastic job. I did a shoot ah, a couple months ago, and I was shooting all day long, for for eight hours. We were doing Portrait's, and never once did we lose a connection to light room. So it's a fantastic tethering system if you do it right, so those physically, that's the way you do it. And then we've shown you how to bring them in. We've shown you how toe add them to a collection, how to make that collection available on the cloud and to share that over to your clients. And we've shown you how there interaction could come back to you and help you make the selections. We've shown you how to put it on to a secondary monitor and also onto an IPad. So if you haven't used tethering, try it out. I know you'll love it. And if you have been tethering, I hope that we have given you some really good tips on how to do it better.