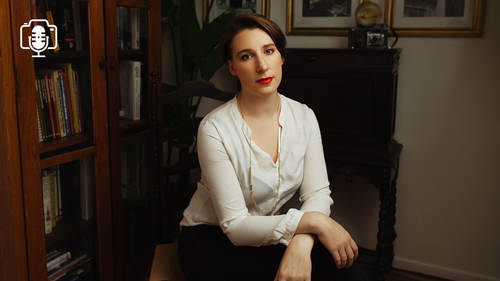 Yeah, mm hmm. Yeah, yeah. Hello everyone and welcome to Creativelive. I'm your host, ken Klosterman. And we are here for another live episode right here on Creative live tv of our podcast. We are photographers where we bring you to our favorite photographers, filmmakers and industry greats to dive into their minds and talk about their careers, their personalities and what their experiences are, both the ups and the downs. Um so that we all know that we are not alone in our creative work and creative family. So before we start and I bring on our very special guest today, Kate Woodman. I would love to hear where it is that you are tuning in from. We love to do those shout outs. So whether you are watching on Creativelive dot com slash T. V. Where you can click in the chat and join your fellow creative livers all over the world. Let me know where you're tuning in from. Or if you're watching on our social channels, let me know as well. I'm here in North of Seattle, and kate is joining us f...

Kate Woodman is a commercial and editorial photographer with a client list including Airbnb, Nike, Harman Kardon, Marie Claire, and British Vogue. Kate is an educator, teaching workshops around the world focusing on color theory and storytelling.&#160;
SEE INSTRUCTOR'S CLASSES