Lesson 1 from: Connect to the Land 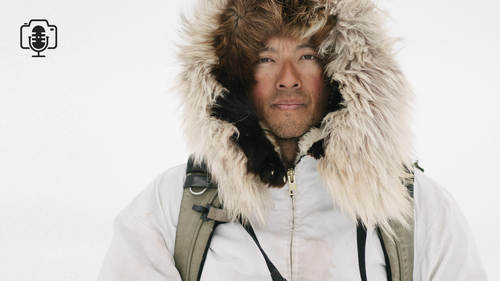 Lesson 1 from: Connect to the Land

Mhm. Mhm. Mhm. Yeah, yeah. Hello everyone and welcome back to Creative Live. I am your host, ken Klosterman and we are here for another episode of our podcast. We are photographers and today's guest is kelly union and kelly is a documentary photographer, contributor to National Geographic magazine and other publications. He is, his work is informed by his ancestry which is both deny and chinese american. Um He just worked truly explores the relationship of humans to the land and very much through different cultural perspectives and not just his own. Uh he has been named one of PDM is 30 UNDER 30. Uh He is a National Geographic Explorer and a member of indigenous photograph as well as diversify photo and in addition to his photography skills, I'm excited to dr Keeley about his mad primitive survival skills as well as his building traditional kayaks. Um and of course most of the year he can be found up north in the Circumpolar arctic sochi leon. Thank you so much for joining us today, Pa...

Kiliii Y&#252;yan is an award-winning Documentary Photographer and contributor to National Geographic Magazine and other major publications. Informed by ancestry that is both Nanai/H&#232;zh&#233; and Chinese-American, much of his work explores the human relationship to the natural world from different cultural perspectives.
SEE INSTRUCTOR'S CLASSES