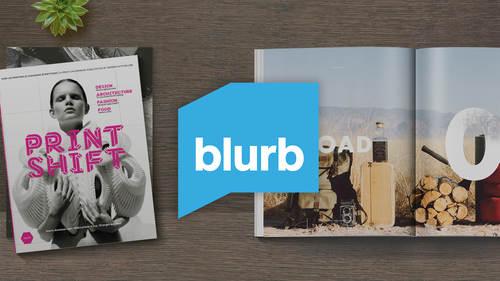 organizing your work ahead of the software is about one word. It is about efficiency. So I've made plus different books with blurb over the last 10 years, and a lot of people come up to me and they say, How is it humanly possible that you have made so many books and my answer is always the same. I have a plan, and my plan is about how I treat my images in my content as they're coming into my computer so that when it comes time to make a book, that's all I have to think about his bookmaking. So the first thing I want to talk about is about digital imaging in general. So I spent most of my life is a photographer, so I'm gonna focus on photography here for a second. When the digital era arrived, it gave us something we've never had before, which was the ability to shoot basically endless amounts of imagery. We never had to worry about running out of film or paying for film and processing. We suddenly had almost an endless stream at the end of our finger, and I think there's an upside to ...

Printed books are a great way to tell your story. Whether you want to create a book of your travel photos, a portfolio of your work, or a printed marketing piece, Blurb® is the best tool out there. In this class Dan Milnor will show you how to use Blurb's Adobe InDesign plugin to easily create a magazine style publication, including:

Blurb is a self-publishing and marketing platform that unleashes the creative genius inside everyone. Blurb’s platform makes it easy to design, publish, promote, and sell professional-quality printed books and ebooks. Get started today!
Software Used: Blurb InDesign 2016

This is one of the most interesting, informative, and accessible Creative Live classes I have yet seen in the five or six years I have been watching. Dan emphasizes the fun of the process and the importance of just getting started and being patient with one's progress. The aspect of this class that differs from so many "how to" courses is a clear way through production and distribution. I think many creators become stalled at the "how to begin" stage of real-world creativity, and Dan and Blurb provide an avenue through that sometimes hazy terrain.

Thank you Dan and Creative Live! What a brilliant guide. I feel capable of jumping straight back into inDesign and can't wait to start self-publishing zines! - tessalauren.com (Photographer)

Clear and concise. Good course! Doesn't hurt that the instructor looks like Rob Lowe. ;) Worthwhile for anybody interested in an easy way to self-publish a magazine. I've used Blurb before for other projects (books) and it is indeed an easy-to-use platform.