Lesson 3 from: Create a Trade Book with Blurb BookWright 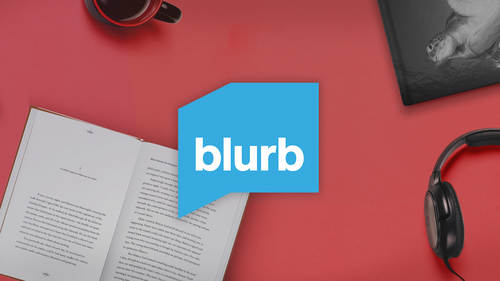 Lesson 3 from: Create a Trade Book with Blurb BookWright

Getting Started Overview of Bookwright Tools

organizing your work ahead of the software is about one word. It is about efficiency. So I've made plus different books with blurb over the last 10 years, and a lot of people come up to me and they say, How is it humanly possible that you have made so many books and my answer is always the same. I have a plan, and my plan is about how I treat my images in my content as they're coming into my computer so that when it comes time to make a book, that's all I have to think about his bookmaking. So the first thing I want to talk about is about digital imaging in general. So I spent most of my life is a photographer, so I'm gonna focus on photography here for a second. When the digital era arrived, it gave us something we've never had before, which was the ability to shoot basically endless amounts of imagery. We never had to worry about running out of film or paying for film and processing. We suddenly had almost an endless stream at the end of our finger, and I think there's an upside to ...

This course is about how to use Blurb, not about how to make a book. What I mean is, it is helpful for people who have made books and/or photo albums before and want to learn how to use Blurb. It was also helpful to me as someone who has already made a few Blurb books already but wanted to learn to use it better. I definitely learned a couple things, and given that I watched it during a free broadcast, it was totally worth the price of admission (in my case, 60 minutes of my time). In my case, I learned that Blurb has downloadable icc profiles as well as the ability to make low-res proof pdfs. As someone who learned Blurb by downloading the program and clicking away (from time to time searching some online forums) these are extremely useful things I wouldn't have known about any other way. What the course does not do, however, is teach you how to make a book. It names all the steps (color management, edit, sequence ...) and how important they are, but don't expect anything but a shout out to help you remember to do it well. As examples: The section on color management is basically "Remember to calibrate your screen and soft proof using an icc profile." If you don't know what either of those mean, this course won't teach you what it is, much less how to do it. Secondly: he shows you how to add a background color to your pages, but nothing about when to do that, why to do that, and how to do it well. A last example: Daniel's most important advice is to "edit tight" -- SUPER important but for me, really difficult. Unfortunately, Daniel doesn't go into how to go about doing so. He doesn't even give tips about what to think about when culling down your own photos. I'd have paid a lot of money to watch him cull photo's for two or three books, listening to his thought process while he chooses which photos to include and which to cry over and then leave out. To do all these things would have required a day-long course rather than an hour-long course, but for me, that course would have been far more helpful. It probably have been useful for people using other programs and/or vendors as well. What the course does do, of course, is explain the Blurb BookWright software. You COULD teach yourself by pressing buttons and searching on-line forums like I did. Or, you could watch this course, save yourself a lot of time, and get information you didn't even think to ask about. Since the course goes through all the basic buttons, the course could be useful to an absolute beginner photo album maker, which is what Daniel clearly wants to achieve. He spends a lot of time trying to encourage people who have never made a book before. In my opinion, an absolute beginner book / photo album maker could learn a lot more by starting out with a far more "let me do a lot of this for you" type of program. You know the type I mean? The program that comes with (perhaps cheesy) themes, clip-art, frames, etc.? That way, see the possibilities and develop a sense of what you like before you use something like BookWright, where any and all objects that end up on the page have been created and placed by the person making the book. Doing so will give you far more ideas when you start creating entire spreads ex nihilo on your own. Then, if you want to switch to Blurb, you can watch this course (before or after you've made a couple books just using trial and error). That background will increase the chances that (if you're lacking a degree in publishing) you'll be able to piece together what Daniel's talking about when he uses the specific publishing industry vocabulary.

Thank you. We are just starting to write our own recipe book and this popped up on Creative Live. It was very helpful, thank you for it :)

Dan gave some good information on * how to layout a book * some good helps with the main page of bllurb. * some entering photos on the screen and layout I do not agree that this is a trade book. He did not go through how to add text with a photo. A trade book to me would be instructions along with photos. He did not show how to do that. The course is supposed to be a trade book