Create the Change You Seek 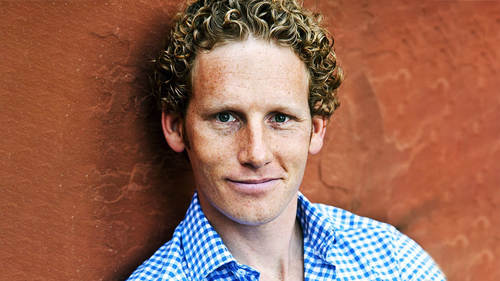 Create the Change You Seek

my guest today. I will introduce in just a second, but wanted to take a moment and, um acknowledged these strange and difficult times. I want to give you all a pat on the back for doing what you can to make this all better. We had creativelive were going crazy behind the scenes trying to increase u on a free content we bring you and also provide some Solis in a time of need. Um, part of what we're what we stand for is helping you live your dreams and career hobby in life. And we acknowledge that that might be talked tough right now. But I want you to know that we're doing everything we can. I understand from my interactions on all of the different platforms with you all face to face time calls a lot of you that you are doing everything you can and just a reminder, but that that's that's all we got. So we're all in this together unlike any other time in human history. We're all going through our I guess, modern human history. We're all going through this together, which it is. Our hope ...

Jonah Berger is a marketing professor at the Wharton School at the University of Pennsylvania and internationally bestselling author of Contagious, Invisible Influence, and The Catalyst.

Dr. Berger is a world-renowned expert on change, word of mouth, influence, consumer behavior, and how products, ideas, and behaviors catch on. He has published over 50 articles in top‐tier academic journals, teaches Wharton’s highest rated online course, and popular outlets like The New York Times and Harvard Business Review often cover his work. He’s keynoted hundred of events, and often consults for organizations like Google, Apple, Nike, and the Gates Foundation.