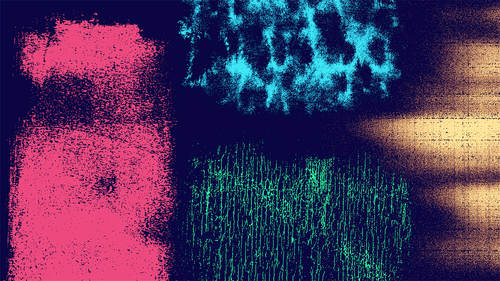 So here are some that I did last night. This is the Breyer. Just kind of got riel, uh, you know, loose and light on their more from the Breyer watercolor. Pretty similar. What I did today, then another cool one from the Breyer. So what I want to do is show you how I scan these in. So we're going to scan these in. You know, you've learned where you can get textures from you've learned why it's valuable, have these textures why it's valuable to have your own toolbox. So let's now get into the technical stuff of actually getting these things on turning these things into usable tools. And it's hard for me to deal with a big mess. So that's, That's his orderly is I get it. So we're going to scan these in. Let's find these will not destroy quite yet. You dry and look. My scanner just kind of made some awesome texture by itself because I had the lid open for your brand of online is we're scanning those. Do you ever print out a nearly finished design and create textures with specific areas of ...