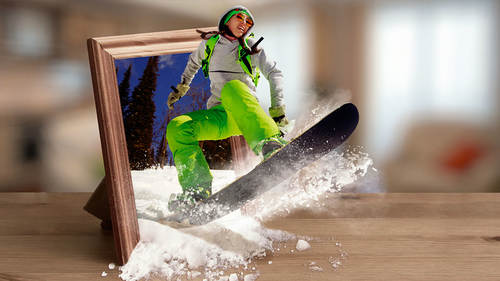 3. How To Do A Face Swap In Photoshop

I'm gonna open this file. It contains a picture of a good friend of mine. This is Colin Smith. You guys may know him from Photoshopped cafes. One of the website has been around for a while now. I mean, teaches Photoshopped as well. He's got a YouTube channel. He also creativelive instructor. He thought a class on editing video and photo shop. So check that out here at CREATIVELIVE. But anyway, I have a picture of Colin, and I think he needs a new of Facebook profile photo, you know, because that doesn't look very good, right? So I figure that we need to put its face on that body. And I know this is gonna be a little silly example, but just look at the techniques, and I'm sure you can apply it into your own projects. So one of the ways that I like to use photo shop is by using tools in ways that you usually don't think about. So what I'm gonna do here is I'm first gonna make a selection of Colin's face using the lasso tool. So I'm just gonna press l on the keyboard and the selection doe...