Defying the Odds with Roberto Valenzuela 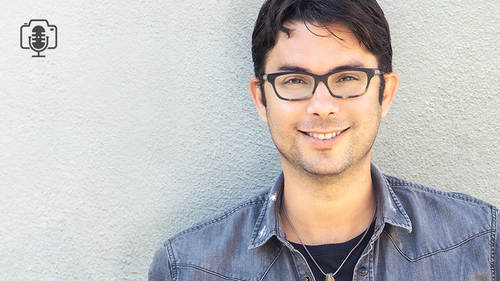 Defying the Odds with Roberto Valenzuela

Yeah. Hello, everyone. And welcome to Creativelive. Welcome back or welcome for the very first time we are here on creative live TV where we bring you educators, creatives, musicians from all over the world from their living rooms, home studios, kitchens and yours back to yours for mind yours during these times when we are all often at home. And so today I am super excited for another episode of We are photographers. That is our podcast here, creativelive where I take you personally up close and personal with some of our favorite photographers and filmmakers again from all of the world. We talk about their stories and what has made them who they are because, as you know, is a creative. We all go through the ups and the downs and life is a journey, and we're here to connect. So if you are watching us on creative live TV or on Facebook or Twitter or YouTube, you can interact with us. I love to give the shout outs to where people are tuning in from, so all you have to do if you're watchin...

In this episode, we talk to Roberto about growing up in Mexico City and moving to the U.S. under challenging circumstances, learn about Roberto's early life as an immigrant. Hear how Roberto defied the odds winning one of the fiercest competitions for the top politically-savvy students in Arizona state and then the country - Boys State and Boys Nation. Find out what motivated Roberto to overcome adversity every step of the way in his life and career.

Roberto Valenzuela is a photographer, author, educator, and a Canon Explorer of Light. He was commissioned by Canon to shoot global campaigns for the new Canon EOS R5, EOS R6 mirrorless systems, and PRO-300. Roberto’s book trilogy Picture Perfect Practice, Picture Perfect Posing, and Picture Perfect Lighting have become staples in the photography industry. His new book series Wedding Storyteller Vol. 1 and 2 are the top-selling wedding photography books in history. Roberto has been nominated by his peers as one of the ten most influential photographers and educators in the world. He developed his unique teaching style by following the same rigorous regimen he developed as a professional concert classical guitarist and educator before becoming a photographer.