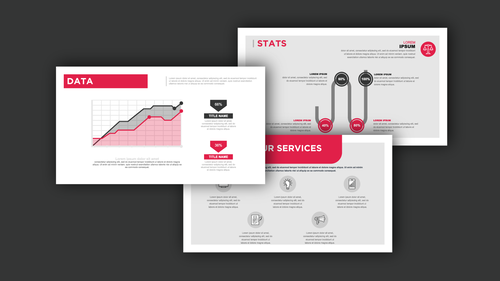 A couple other fun things that we can also do, when we wanna do any type of kind of effect; if you wanna go ahead and show somebody, something's gonna happen with an object. Now the buttons here are cool because we can click on that button, and we can actually have an event happen. But there's a couple other things that we can do with buttons as well, that could go and make something happen further. But it could also take whatever is there and just make it look visually interesting, to show a little bit of interaction. So if I wanted to create a link to Fun in the Kitchen to a website that's like having some fun in the kitchen; but I also want a little bit of visual interaction going on when somebody hovers over this, and not just a static click and then you go someplace. I'd like to go ahead, and when we move the mouse over this area, I want it to go ahead and like throw a little drop shadow or something behind there, just to show that there's an interactive element there visually, as...

You know Keynote, you’ve used Powerpoint. You know the limitations of both, or do you?

In Designing Presentations in Adobe® InDesign® CC® with Jason Hoppe, learn how you can use and leverage the power of Adobe InDesign to create amazing and engaging presentations in no time flat!

We all are familiar with the plain look of standard presentations. In this class, Jason will show you how to design a presentation worthy of all your other branded assets! This class is for you if you are ready to take type, color, layout, photos & video, and put them all together in one beautiful interactive presentation.

At the end of the day, Jason will show you how to export your presentation to an interactive PDF that will work on any computer, for any meeting! After this class, you will NEVER go back to Powerpoint or Keynote again!

As a special bonus, Jason will give students who purchase this class three specialty InDesign templates, made exclusively for this class!

I've taken several Creative Live courses taught by Jason Hoppe. In fact, I would say he's my favorite Creative Live instructor. This course is just as successful as his other courses. I learned a lot about InDesign and presentations in general. I wish the tech was flawless in the video, but sometimes that stuff is unpredictable. He did present some solutions. Overall, I was very pleased with this class and will take more from him in the future. I highly recommend this class.

Jason Hoppe is a fabulous instructor. I have been designing for many years and I learned so much; from a time-saving way to make a grid to creating animated InDesign files that can be published online with automatic updates. Excellent, clear instructions and valuable methods for creating files. You will be so glad you ordered this class.

So great, athough the instructor should have included icons and PNGs for the student to follow along the class easily and not just the InDesign templates. Notwithstanding, really useful tips, tricks and advices to boost your InDesign knwoledge. Thanks!