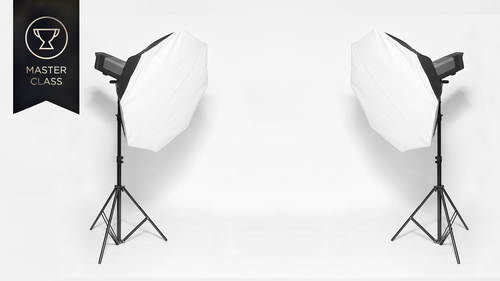 You guys know we like to go cheap, right cheap way talked about is one of reading those people were just joining us who haven't been here in the first segment just to kind of talk about why why d I y and one of the reasons again is of course you just starting out and you wantto make stuff cheap, you need to get great quality lighting, you're not going to get clients if you don't have good lighting, you're not gonna get good lighting if you don't have good lighting skills and some equipment, but you don't need the expensive equipment and I say that having a closet full of really expensive equipment back home so I'm not saying don't ever buy gear I love buying here and I love using nice in here, but you don't have to start that way. It's it's more convenience and a luxury and of course, your professional image goes up when you have a nice looking here as much as we don't liketo admit that that's true but same thing if you show up at a wedding right cut off shorts and a beer t shirt, you ...

Learn how to hack your photography lighting with tips and tricks from Kevin Kubota.

You don’t have to break the bank on expensive products to achieve professional-quality results with your lighting. In this class Kevin will show you how to build your own lighting gear for a fraction of the cost of commercial products and still get fantastic results. Kevin will take you through the creation of several essential tools and show you how to use them for maximum effect.

American Photo Magazine named Kevin Kubota one of the "Top 10 Wedding Photographers in the World". His photos have been featured on the covers and within the pages of countless popular magazines and photography books. Kevin has been a featured
SEE INSTRUCTOR'S CLASSES

the best photographer on earth

Very useful stuff in this class! Not only does he teach you how to build your own lighting equipment, but he throws in a lot of good lighting techniques such as controlling your flash, background lighting, and exposure.And as always, he has a great sense of humor ;)

I enjoyed the class very much. Kevin Kubota shows how amazing images can be achieved with some practical DIY lighting. Makes me want to get out there and try these options. He makes better images attainable through a little innovation and practical problem-solving.

loved it! he is funny and learned alot of tricks and tips