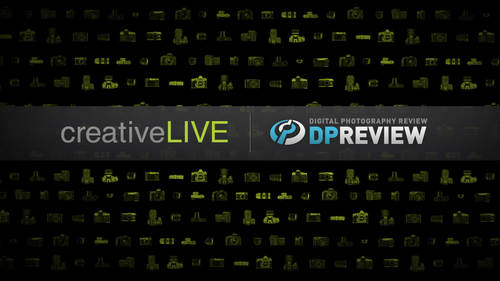 What should you buy this year? In this unprecedented live Cyber Monday event, DPReview’s editorial team will reveal their top camera and gear picks for 2013, look back at the biggest trends of year, and answer your questions live from the creativeLIVE studios. Learn all about key updates and groundbreaking new products straight from the photography industry’s leading — and unbiased — experts.

DPReview’s award-winning team of experts will outline which cameras work best for specific kinds of photography — from portrait to travel to sports. During live demonstrations, DPReview’s editors will partner with professional photographers to demonstrate how to build a home portrait studio, build a lightweight kit, and share images straight from your camera.

Simon has spent pretty much all his working life in or around the photographic world. In early 1997 he launched what was probably the world's first consumer digital camera magazine, What Digital Camera (UK) from his spare bedroom. He joined
SEE INSTRUCTOR'S CLASSES

Barney joined DPReview when it was based in London in November 2009, after several years as a print journalist in the UK specialist photographic press. He moved with the company from London to Seattle, USA, a year later and after
SEE INSTRUCTOR'S CLASSES

After starting his career in scientific and engineering trade publication in England, Richard joined DPReview in 2007 as a camera reviewer. Following a spell in charge of the site's news output he became our US-based technical editor before taking up
SEE INSTRUCTOR'S CLASSES

Allison has written professionally about cameras and consumer technology since 2008, in a career that included several years as Editor of DigitalCameraReview.com. She joined DPReview earlier this year as a staff writer, and these days she writes articles, reviews and
SEE INSTRUCTOR'S CLASSES