Lesson 3 from: Drawing with Illustrator: Color and Texture 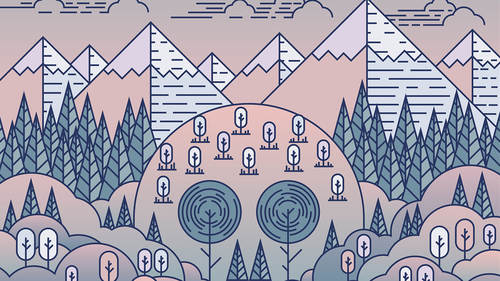 Lesson 3 from: Drawing with Illustrator: Color and Texture

The Live Paint Tool in Illustrator

Creating a Color Palette in Illustrator

Creating Dimension with Gradients in Illustrator

How do we go through on Actually prep this area for life painting. What we want to do is we want to think about the areas that are gonna get blocks of color. Okay? No, the individual lanes and the clothes. They're not gonna be a saint. A color value. Okay, So what we're gonna do is we're actually gonna select those elements, and we're gonna Haytham Okay, So how do we do that? We can go into the object menu, and we can, and we can hate those. We can hate the selection. Or we can just go apple three right again hating those areas that we're not gonna wanna have felled and Apple three. Okay, there. This is good. And be a little bit labor intensive. Okay, But well, I think is that the cleaner you can get your life paint group the cleaner? You can get the illustration. The easier is gonna be. We could fill these sections. What would happen is that we would have little gaps behind all of those lanes, and then we would we would have to repercussions from that. The 1st 1 would be that would be...