Lesson 2 from: Editing and Retouching in Lightroom Mobile 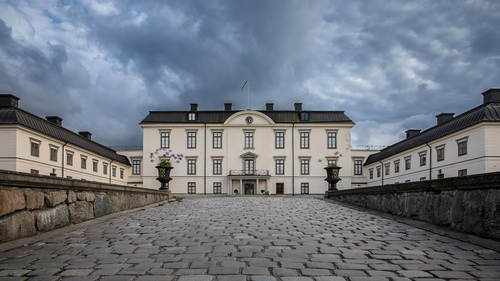 Lesson 2 from: Editing and Retouching in Lightroom Mobile

So now we're gonna work in the light area, which is basically our exposures or contrasts are highlights, that kind of stuff. And so I'm gonna take the exposure on this up just a little bit, and I'm gonna add a little bit. Actually, I'm gonna bring the contrast down a little bit. Just a tiny bit. I like bringing contrast down helps to soften the image a little bit. Um, and then I'm gonna take the highlights down because I'm really particularly interested in the bird and how much I can see in its in its white feathers. So I'm just gonna take that highlight down until I can make sure I see enough detail in the feathers. But I don't want to go too far where I start to lose some of this information here. So once I've done that, I'm going to play around with the shadows. I'm gonna deep in them just a little bit. But really, where the shadows air gonna be important is in the black area. So I'm gonna take the blacks down. There we go. I like the way that's looking now, Um and then I I could pl...

ay around with white the white just generally and adds a little bit of punch. But most of the time I'm gonna If you double click it, it takes it back to its its ah original point in the middle. Generally, I leaves the white alone. I don't do much with the white. Um, so that is my adjustments here. But also note that I can also use a curve. So in the same area in the light area is curves So right up here, next to the actual light panel, top is a curve. And if I click on it now, you'll see a curve, which is really nice. I love working on the curves on an IPad because the curve is literally over the top of the image. So I get to work on the curve and look at the curve at the same time and notice that there's color. So this is all of them. This is R G and B. This is red. This is green. This is blue, so we can adjust the curve separately on each different color. So if I click on just the RGB So I'm working on all of those, um, and then I go into here. Aiken kind of tone down the stuff that is darker and bring the highlights back up. And all the while I'm looking at the bird. And the great thing is that I can I can do some pretty interesting effects with a curve by taking away some of its ability to give me pure whites or pure blacks so I can take, for instance, if I grab the black point at the very bottom and bring it up. I'm basically removing its ability to show black because right here, notice right there. I have no black. So black doesn't equal black down here anymore. I've removed its ability. So there's there's black equals black and then, as I say, black can Onley equal kind of a dark gray. It gives it this really beautiful look. And by the way, if you if you double click, this are if you single, click it, you actually get a full screen, and that's really fun toe work that way. But we're gonna go back so we can see our controls. I like the way this curve is looking, but now if I want to work on a couple more colors, I can come in and say, Well, I want the blue to react a little bit differently and so I'm going to say, I want all blew it. Actually, let's work on the green. I want all green to get increased like this in the highlights, but in the shadows, I wanted to decrease, which makes it a little bit purple. And then in the Reds, I want the shadows to have a little bit more red. But in the highlights, I want a little less red. Now, if I go too far, I start. See, I get kind of that scion. Look, I don't want to go too far, so I'm just gonna do that. And then I'm gonna go into the blue and in the blue. I'm going to bring up the blue a little bit and bring it down. Well, actually, let's leave it up in the highlights as well. I like that curve. So I've done different curve for each color until I really like the way it looks. So now I'm done with that curve, I can collapse the light area, and now this is the basic construct for my photograph, and I really like the way it looks