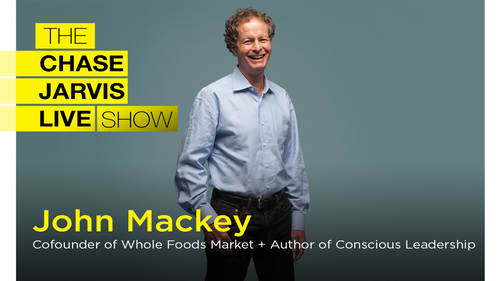 no heavy. What's up? It's Chase. I want to welcome you to the episode of the Chase Travis Live show here on Creativelive. You know the show. This is where I sit down with the world's top creators, entrepreneurs and thought leaders, and I do everything I can to unpack their brains with the goal of helping you live your dreams in career and hobby and in life, we are broadcasting live here to a global audience. So if you're in the comments on whatever platform you're watching, whether it's YouTube, live Facebook, live Twitter, live instagram live or my favorite, which is creative live dot com slash tv, let us know where you're coming in from, and I will do my best to let your questions and comments, um, affect the trajectory of the show. If you've got questions for our guests, I want to know about them, Um, and that is away again for you to shape the show and be a part of our conversation today, which we all know is it's fun to be connected in a global way, and I will stop talking here an...

You may recall in the past, that Whole Foods was acquired by Amazon for 13.7 billion dollars. But this episode isn’t about money or acquisitions. It’s about how to connect, inspire, and look within for the things that actually matter to you. It’s about how you go to work every day with purpose and conviction around a passion or a way of being of what you want to see more in the world.

Of course we re-trace John’s past, from founding Whole Foods from one of the first organic grocery stores to arrive on the scene to a Fortune 500 company with something like 500 stores, almost 90,000 team members, across 3 countries. Yet what we really get into is the pursuit of your one precious life plus: